The future is bright for Zelensky’s Ukraine - GulfToday

The future is bright for Zelensky’s Ukraine 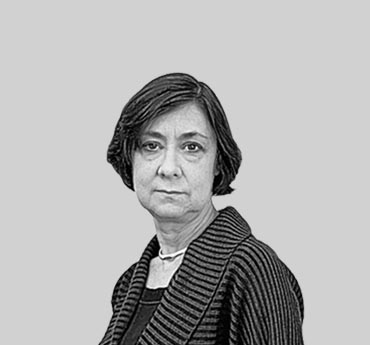 The Independent columnist on foreign affairs

The Independent columnist on foreign affairs 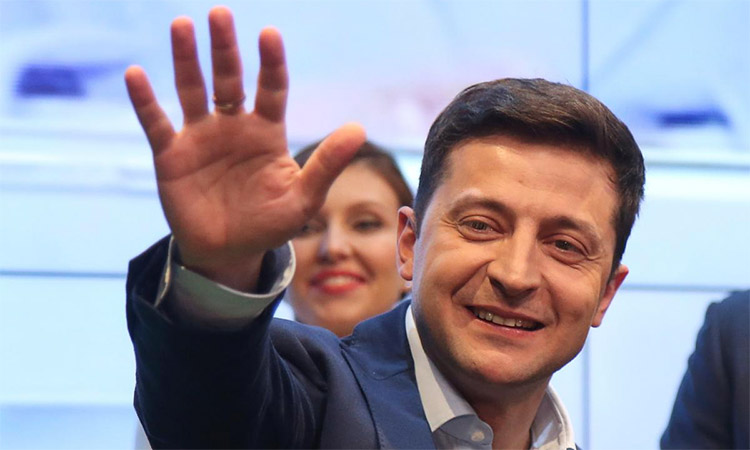 Five years ago, the English-language media around the world could not get enough of Ukraine. Its heroic young people were laying down their lives for a European future on the same square in Kiev where their elders had braved the winter cold a decade before in what became known as the Orange Revolution. The president fled, his only legacy being the estate bought with his ill-gotten gains, which now provides an entertaining day out for his fellow-countrymen.

Big bad Russia exploited the chaos to snatch Crimea, then helped foment pro-Moscow resistance in the southeast. Ukraine elected a new president, assistance flooded in from the EU and Nato and the IMF, and – well – the rest was, for the west, a bit of a disappointment. Corruption continued, political reform stuttered, there was no resolution to the armed conflict.

Which may help to explain why what has happened in Ukraine since the start of this year has received less exposure – I would say, a lot less – than its due. In these five months, Ukraine has held a keenly contested election that was judged by international observers to be free and fair. The winner, who beat the incumbent president by a landslide, was a complete political outsider, who is also a lawyer, a media mogul and a television comedian. Volodymyr Zelensky, whose first language is Russian and who is of Jewish background, was inaugurated this week. The man he defeated, Petro Poroshenko – and who had conceded without a fuss – smiled benevolently as his successor took office.

Now there are many reasons other than western disappointment as to why Ukraine might not have received the coverage that, in my view, it merited. They include the general jostling for news attention from such dramas as Venezuela, the escalating tension between the US and Iran, Trump generally in the United States, where we are watching the first skirmishes before the 2020 election, and in the UK – well, it’s all Brexit all the time. Plus there were the terrorist attacks in Sri Lanka at Easter, which knocked Ukraine’s presidential election clean out of the international news.

But might the difference also be that the narratives of 2004 and 2014 – according to which plucky Ukraine was successfully defying Russia in its pursuit of a European future – rather suited us, while the narrative of spring 2019 maybe not so much? After all, the European Union and the west generally have invested an enormous amount of financial and political capital in Ukraine over the past five years. They had reached a fairly comfortable modus vivendi with Poroshenko and were expecting, until quite a late stage, five more years of the same. Suddenly it is, or it could be, all change.

A corollary of this is that, in so far as Zelensky’s rise has been considered in any detail outside Ukraine, it is invariably with a strong streak of pessimism. Difficulties, even failure, were being forecast before he had begun. And it is true that in many respects he faces an uphill struggle.

Of Ukraine, he also said this: “We must become the Icelanders in soccer, the Israelis in the defence of their native land, the Japanese in technology, and the Swiss in the ability to live with each other in harmony, despite all the differences.” And this underlines something else. It is not only Zelensky who has a lot going for him; despite its poverty, its corruption and its many other faults, Ukraine does, too.

It has a strong sense of national identity that has only been strengthened by the conflict with Russia. It has ancient roots; its own history (distinct from Russia’s), its own language (including its own names for the calendar months which reflect the agrarian year, rather than the Roman names common elsewhere). It has huge economic, especially agricultural, potential, and an original, sometimes quirky sense of style, reflected in a new chain of shops – Vse Svoi (all our own) – selling only Ukrainian designs and brands.

If Zelensky can capitalise on all this, and stay honest, he may lay the foundations for a modern Ukraine, that is neither a client of the west, nor an enemy of Russia, but its own country, in its own place. For that to happen, however, it is not just Ukraine that will need to take greater responsibility, nor Russia that will have to recognise Ukraine as a grown-up, independent country, but Europe and the west that will need to stop trying to claim Ukraine as “ours”.