Is May’s offer another one of her attempts to kill off a Final Say? - GulfToday

Is May’s offer another one of her attempts to kill off a Final Say? 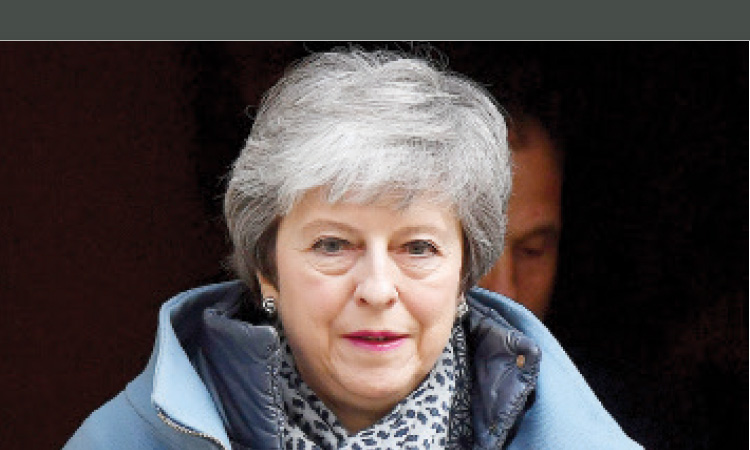 It’s a trap. Theresa May’s offer of a parliamentary vote on a fresh referendum, as part of the last-ditch attempt to pass her Withdrawal Agreement Bill sounds fantastic. You might imagine it to be some sort of death-bed conversion by the prime minister, who has previously refused even to consider such an idea – but it is anything but.

Theresa May is not a convert to a people’s vote. In her statement she reiterated her opposition to a further vote, on familiar grounds. There is not, at the moment, the support for a second referendum, and it will probably fall, even on a free vote. Instead, it will be whipped. She knows this full well. It is another deceit. Nothing has changed there – yet.

The point about a second referendum decision is that the moment has not yet come for one. Parliament, and especially the Conservative Party, is not yet ready to capitulate to reality – the realisation that parliament cannot make Brexit work, and will in the end have to return the issue to the people. The Tory Party is instead determined to stay in denial and waste yet more time on a leadership election, and packing Boris Johnson off to Brussels to “renegotiate” a deal that the EU say cannot and will not be rewritten. Mr Johnson may threaten to take the UK out of the EU with no deal, on WTO (World Trade Organisation) terms but everyone knows, including him, that parliament will not agree to such a thing.

The good news, then, is that when reality and logic once again close in on our MPs, as the Article 50 deadline of 31 October approaches and the (presumably) Boris Johnson-led talks fail just as Theresa May’s did before him. Then, finally, the chimera of a “soft Brexit” will be revealed to be just that. The choice will become plain, and the British will be faced with three options.

First, a unilateral no-deal Brexit – for which there is no parliamentary support.

Second, a revocation of Article 50, in the event that Europe refuses any further concession and any further extension to the Article 50 process and threatens in effect, to expel the UK – the option thought to be favoured by President Macron. If parliament is thereby forced to choose between no deal and revocation, it will surely vote to revoke. At some point a fresh referendum might be called, but that will be that, perhaps for many years.

Third, with or without a vote to revoke Article 50, and depending on the timings, the new prime minister could renounce all the activities of his or her predecessor as a fantasy and a failure, and pledge to put the issue back to the people. The referendum choice would then indeed be closer to a re-run of 2016 – but with the crucial clarity that Leave means hard Brexit, or “leave means leave” to borrow a slogan.

If the public do opt for Leave again (unlikely, but certainly possible) then the new PM can take that as the final say and has all the authority they need to go ahead. If the people reject Leave and vote to stay in the EU, then the Brexit nightmare really will be over, democracy will have triumphed, and Ms May’s successor can get on with governing the country and attending to all the unfinished business that we have neglected over the last three years.

A Final Say referendum then, is not dead, despite Ms May’s attempts to finish it off by stealth. The idea of a second referendum has moved from outlandish fantasy to Liberal Democrat policy to occasional discussion, to mainstream option, to part of Labour policy, being openly discussed by cabinet ministers, to the status of an option in a government bill, and will, in time, surely become a reality. We ought to get on with it. It will survive Mrs May’s murderous little trap.