The glorious uncertainties of democracy - GulfToday

The glorious uncertainties of democracy 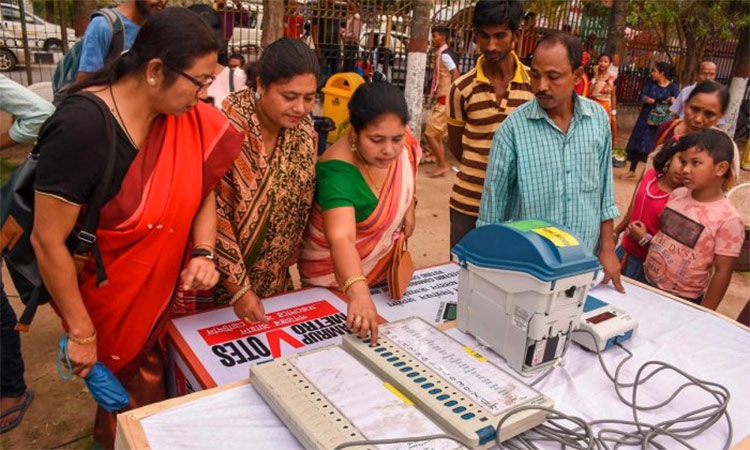 The people of India have made their choice but their verdict still remains a matter of speculation as counting of votes will begin only on Thursday.

In the past, counting was completed in a matter of hours. This time the process may take longer as the electronic voting machines’ records have to be matched with paper trails in view of allegations of manipulation of EVMs.

That gives the contenders for power more time to make claims and counter-claims based on feedback from below or, more likely, on wishful thinking.

The question to which observers are awaiting an answer is whether or not the people have granted Prime Minister Narendra Modi the five more years he sought.

A day before the last batch of constituencies went to the polls, Modi asserted that his Bharatiya Janata Party would secure 300 seats in the 543-member Lok Sabha, bettering its 2014 tally of 282.

In the closing stages of the bitter campaign, after Modi personally attacked his late father and former Prime Minister Rajiv Gandhi, Congress President Rahul Gandhi tweeted to him: “The battle is over. Your karma awaits you. Projecting your inner beliefs about yourself onto my father won’t protect you.”

When the last phase of polling ended on Sunday, the media came out with the findings of exit polls. Most of them indicated that the BJP-led National Democratic Alliance will secure an absolute majority and Modi will remain in the saddle.

Indian pollsters have a poor record of accuracy,  largely due to the immense diversity of the polity, which makes it extremely difficult to make reliable projections, and partly also to a propensity to come up with findings that please the paymasters.

In 2004, when the first BJP Prime Minister, Atal Behari Vajpayee, sought a fresh mandate with the slogan “India Shining”, the NDA was projected to win between 230 and 275 seats and the Congress-led United Progressive Alliance between 176 and 190 seats.  But the NDA got only 187 seats and the UPA, which bagged 219 seats, formed the government.

Currently, the NDA is projected to win between 242 and 365 seats, the UPA between 82 and 164 seats and parties not committed to either of them between 77 and 138 seats.

The wide range of the projections made by different agencies for each group of parties underscores the glorious uncertainties of democratic elections as well as the difficulties the pollsters encounter in surveying the complex polity.

The exit poll findings which have given Modi and the BJP cause to rejoice also contain cause to worry.   Even if the NDA reaches the highest projected figure it will only mean the coalition remains where it was five years ago.

The exit poll figures suggest that Modi’s hope of a haul of 300 seats will not materialise. Of the nine pollsters, five put the NDA tally at below 300 and three of them indicate that, unlike in 2014, an absolute majority will elude the BJP.

As for the UPA, even if it reaches the lowest projected figure, it will mean an improvement as it won only 59 seats last time.

The worst loser in the elections will be not any of the contesting parties or candidates but the three-member Election Commission, the constitutional body charged with the task of conducting elections to the offices of the President and the Vice-President, the two houses of Parliament and the state legislatures.

The Commission’s pusillanimity in face of opposition complaints of violations of the model code by Modi and BJP President Amit Shah shocked observers.

Only after the opposition approached the Supreme Court and it set a time-frame for the Commission to dispose of the complaints did the august body  gather enough courage to consider them. And then it gave the two leaders a clean chit.

It transpired later that Ashok Lavasa, one of the members of the Commission, had differed with the majority decision but his dissent was not recorded. Following this, he stopped attending the Commission’s meetings on model code violations.

The current Chairman and members of the Commission are all persons appointed by Modi. There is an urgent need to revise the law and devise procedures to ensure the independence of the Commission.