Dubai's charm has a global appeal 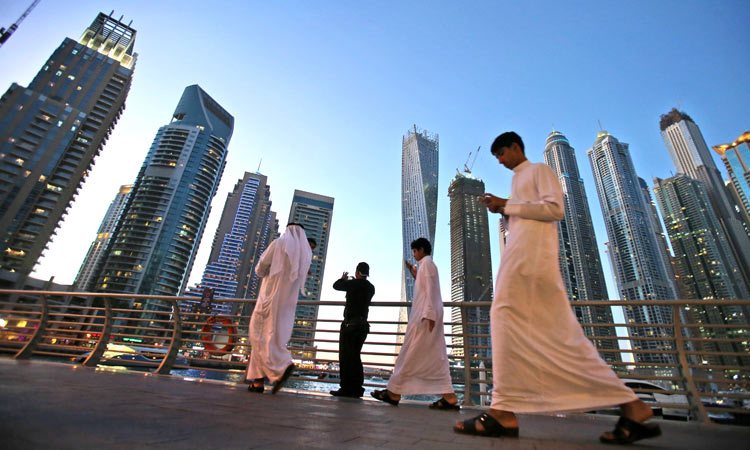 Dubai has notched up another record in its impressive lineup of sterling achievements. Its unemployment rate reached 0.5 per cent last year, according to the Labour Force Survey 2018 published by the Dubai Statistics Centre.

Arif Al Mehairi, Executive Director of Dubai Statistics Centre, said: “The results of the Labour Force Survey 2018 illustrate the flexibility and strength of Dubai’s economy as it continues to record the lowest rates of unemployment in the world and one of the highest rates in economic participation.”

“The survey has used the latest technologies and smart geospatial tools to infer the data from a representative sample of 3,000 households in Dubai. The sample included 1,500 Emirati households and 1,500 non-Emirati households distributed across various Dubai communities,” Al Mehairi stated.

The survey’s results show that half of the Emiratis of working age are involved actively in economic activities. Emirati males had a higher economic participation rate of 62.6 per cent while the corresponding figure for Emirati females was 36.5 per cent.

Dubai is also a major attraction for investors from around the world. Sheikh Hamdan Bin Mohammed Bin Rashid Al Maktoum, Crown Prince of Dubai and Chairman of Dubai Executive Council, expressed his happiness at Dubai’s number one ranking globally among the ‘Top fDi Performers 2018’ and termed the achievement, “a precursor to Dubai’s future achievements.”

Sheikh Mohammed’s directives to incorporate sustainable development strategies in plans for the future have led to great progress in the clean energy sector. Recently Dubai received the Platinum Rating in the LEED (Leadership in Energy and Environmental Design) for Cities certification awarded by the US Green Building Council (USGBC). This makes Dubai the first city in the Arab world and the Middle East and North Africa (MENA) region to receive this prestigious certification.

Sheikh Hamdan has remarked Dubai aims to consolidate its position as a global hub for sustainable development. The city is undertaking a range of sustainable projects including the world’s biggest concentrated solar power project and the world’s tallest solar tower.

Dubai is an emirate like no other in the world. It is the most visited city on the globe, according to one report. Over 15 million travellers passed through Dubai in the first quarter of 2019, according to another report.

It is the ideal place for an expatriate. For the eighth consecutive year, the United Arab Emirates (UAE) has been seen by young Arabs as a model nation and the number one country to live in, according to the findings from the 11th annual ASDA’A BCW Arab Youth Survey, released recently.

There is nothing that you will not find here. It has every conceivable facility that makes life for its inhabitants, particularly expatriates, so  comfortable. With smart technology touching a new high, payments for services are a breeze. There are exotic weekend getaways at affordable rates. Entertainment needs no description. From cinemas to amusement parks to aquaparks to offroad safaris – the resident is spoilt for choice.

It has an infectious charm, which is hard to resist. And, of course, it is a very safe place for women at any hour of the day and night.