It is testing time for PM of the United Kingdom - GulfToday

It is testing time for PM of the United Kingdom 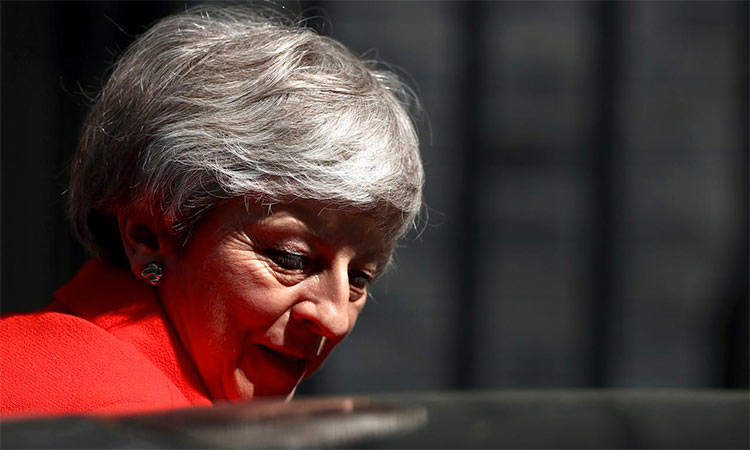 It is always difficult to make any decision in a country where the leader has no support from his or her own people (“May’s push for a fourth vote won’t save her for long,” May 17, Gulf Today).

It is testing time for Prime Minister of the United Kingdom Theresa May as she is struggling with support from house members.

During the darkest days of the Brexit crisis, Theresa May’s allies kept their spirits up by describing her “Bee Gees strategy” — a reference to the group’s hit “Stayin’ Alive”. This goal is what lies behind Tuesday night’s announcement that MPs will hold a fourth vote on May’s Brexit deal in early June, when she tables the withdrawal agreement bill.

It will be her last stand. If she loses the second reading vote, she will have nowhere to go but to walk out of No 10’s heavy black door for good. Three immediate pressures led to May deciding on one last desperate roll of the dice.

On Thursday she meets leaders of the 1922 Committee of Tory MPs to answer their call for a firm departure timetable. Tabling the bill will buy her a few more weeks.

Secondly, May came under pressure at Tuesday’s longer than expected cabinet meeting to “do something” to answer the accurate charge that we have a zombie government and parliament.

Thirdly, May hopes that at least trying to leave the EU will stem Tory losses at next week’s European parliament elections. I doubt it will. Nigel Farage is on the rampage. His new Brexit Party will surely inflict grievous bodily harm on a governing “Brexit party” that has woefully failed to deliver it. No need for nuance there, which is just how Farage likes it.

To deal with UK’s biggest Brexit issue Theresa May should take steps according to the wishes of the United Kingdom’s people.