Bickering over death penalty and religion 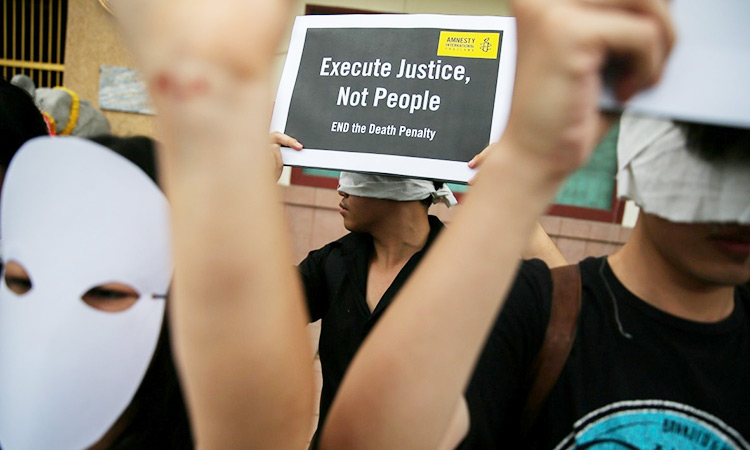 The Supreme Court justices’ tempers are showing. In an unusual written exchange released early this week, conservative members of the court — divided over a Texas death penalty case — argued about whether the court was right to halt the execution of Patrick Henry Murphy. Murphy is a Buddhist inmate who had been denied the right to have a Buddhist spiritual advisor present at his execution even though the state regularly granted Christians and Muslims the right to have spiritual advisors of their faiths present in the execution room.

Yes, the court was right, as Justice Brett Kavanaugh wrote (joined by Chief Justice John Roberts). The government playing favourites with which religious advisors the condemned may access in the death chamber (wrap your head around that concept) clearly violates the 1st Amendment’s promise of freedom of religion.

But Justice Samuel A. Alito begged to differ, in a rare post-ruling statement attached Monday to the original decision. His take: Murphy waited until the last minute to raise his religious objection in an effort to forestall his execution. And the court should have rejected the case because of that last-minute timing.

“I did not agree with the decision of the court when it was made,” Alito wrote, joined by Justices Neil M. Gorsuch and Clarence Thomas. “Because inexcusably late stay applications present a recurring and important problem and because religious liberty claims like Murphy’s may come before the court in future cases, I write now to explain why, in my judgment, the court’s decision in this case was seriously wrong.”

The short version: Last-minute pleadings based on long-shot arguments are merely attempts to delay the carrying out of the sentence, which thwarts the interests of justice and of the victims’ families.

“By countenancing the dilatory litigation in this case,” Justice Alito wrote, “the court, I fear, will encourage this damaging practice.”

In other words, hurry up and die. But Murphy’s appeal, though it came late in the process, was not a frivolous “dilatory” filing. The guy had a point. A significant one, in fact, regarding freedom of religion, a topic the court usually doesn’t dismiss as frivolous.

Unfortunately for Alito, et. al, the legal framework of capital punishment is by necessity a messy, time-consuming process. It’s the only part of the criminal justice system in which the carrying out of a sentence has an irreversible finality. The executed cannot be made undead.

For Supreme Court justices to argue that people the government wants to execute must hurry up their appeals flouts the foundational notion of justice. Yes, justice delayed is often justice denied, but in many of these capital punishment cases, the definition of justice is up for grabs.

Whose interest carries more weight, those of the government and victims’ families, for whom a speedy execution supposedly brings closure and resolution? Or the person the government wants to execute under a system that is rife with human error, and that has led, according to a database maintained by the death Penalty Information Center, to more than 165 capital convictions of the innocent? Or the American people, in whose name executions are carried out and who have a right to know that the system is fair and reliable?

Hint: It is not fair and reliable, and cannot be made so. Speeding up such an inherently flawed process would make for more miscarriages of justice and ensure that more of the innocent would be put to death for crimes they did not commit.

One would hope that the Supreme Court wouldn’t be so willing to sacrifice the lives of the innocent for the sake of speed and its procedural rules.

In fact, the court ought to recognize that the death penalty is inhumane, disproportionately administered to the poor and to minorities, is fundamentally arbitrary, and occurs so long after sentencing — due to the necessary legal safeguards — that it serves no penological purpose.

If justices such as Alito, Gorsuch and Thomas are concerned about handling so many “Hail Mary” passes from the condemned, it could resolve the problem by ruling the entire system unconstitutional.

That would be justice.