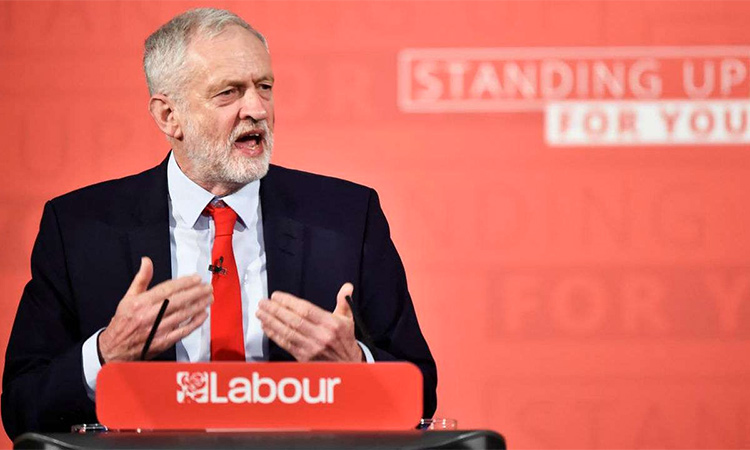 It’s quite endearing to see Jeremy Corbyn, knocking on 70, getting down and ideological with the kids at the Young Labour conference. And the affection is requited — we know that Corbyn’s fan club, Momentum, is a pretty precocious sort of phenomenon too. Keeps ‘em off the streets, eh? Well, sort of, apart from the school strikes, b*****ks to Brexit marches and Extinction Rebellion protests.

I’m guessing most of the Young Labour audience will be fortunate enough to be in further or higher education. Few under-18s in Young Labour will be trying to get a permanent job this side of their degree.

But for any young person who does want to enter the world of work at 16, Corbyn is about to make life much harder for them, by more than doubling the under-18 minimum wage rate, and to do so within a year of a Labour government coming to power.

Something quite dangerous is happening here. We seem to be developing the delusion that just by legislating for ever higher wages we can make everyone richer. The link between the cost of employing someone — wages, employers’ National Insurance, the implied costs of employment rights, training, paid holidays, compulsory pension contributions, health insurance, gyms, cycle to work schemes, HR, admin and the rest — and what they actually produce seems to be getting lost somewhat. The overheads attached to giving a person a job are staggering, but rarely mentioned in discussions about “low” pay.

Other things being equal, if you increase the cost of employing people you will generate fewer jobs and endure higher unemployment. Either the cost is passed on to the consumer, who may well buy less of your goods and services, or else the employer sacrifices profit, which means less investment and lower productivity, jobs growth and prosperity long into the future. Employers will also be tempted to replace labour with capital — machines not people at the supermarket checkout, let’s say.

Now, as Corbyn also promises, you can strengthen trade union power to try and stop this economic logic from its inexorable progress, but it won’t work for long. Firms forced to employ people at uneconomic rates will go bust. Then there will be no jobs for anyone. We saw an awful lot of that the last time Corbynite policies were followed, in the 1970s. We see it too in the two tier labour markets of France and elsewhere: well-paid cushy jobs for the middle classes, and a permanently underemployed underclass, often ghettoised.

Ramping the minimum wage to absurd levels — given the type of work these employees are doing — will make a difficult situation worse for younger people. It will hit shops, hotels and restaurants, pubs and fast food joints hardest — and our high streets and coastal towns are having a difficult enough time of it already. Legislating to give freelancers and the self-employed the same rights as employees will extend the damage into the taxi trade and areas such as journalism and the professional trades.

Trade unions will maybe become as powerful as they were in the 1970s though Corbyn is set to clarify whether he wants the return of the closed shop and mass picketing. He does want sectoral collective bargaining which means workers in weak firms will get the same pay rise as those in stronger companies, making it harder for the struggling employer to compete and save their jobs.

After a few years if Corbyn — plus Brexit — we will end up with a workforce with the most formidable set of rights in the world, but without the small detail of actually having a job. Mass unemployment will be back.

In Britain, now, every political party seems to be engaged in a competing game of virtue signalling, gambling with other people’s money and the chances of a teenager getting their first taste of paid employment.

If one party wants the minimum wage turned into the so-called living wage, as Labour used to, then the next will trump them by introducing it, as George Osborne did for the Tories a few years ago.

Now the game is to push the basic rate higher and higher, and wider and wider. Now it is £10 an hour, but why not £12, £15, £20? Why not? Guesswork, fuzzy notions of fairness, political posturing — these do not sustain wages in the long run; productivity does. Sooner or later raising the minimum wage ever higher will have an impact on jobs. It didn’t when New Labour introduced it in 1998 because it was set relatively low and in a growing economy. That is increasingly less the case now.

People should be paid wages commensurate with the value of what they contribute. If we want higher wages we have to work for them — and the government has to ensure private sector high value added jobs are created by allowing firms the space to make the profits they need to invest in skills and new plant, machinery, software and production techniques. That’s how you do it, not by setting theoretical pay rates higher and higher in a silly auction.

Corbyn makes the reasonable point that a 16-year-old can be as productive as an 18-year-old. In fact they can be as productive as a 26-year-old or a 56-year-old for that matter. If they are then should be paid the same; if not, not. The minimum wage is just that — it is not a cap or a norm. If they are worth it they will be rewarded. Like everyone else. A low-paid job, any job, at any pay rate is better than the dole.