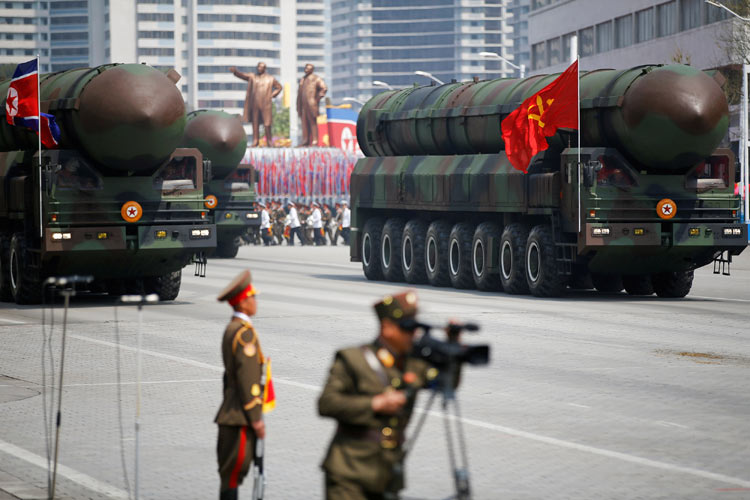 Conflicting voices emerge from different directions. North Korean leader Kim Jong Un has accused the US of acting in “bad faith” in talks on its nuclear arsenal and Russian President Vladimir Putin has openly backed Pyongyang’s need for “security guarantees” in its standoff with the United States.

The official Korean Central News Agency reported that Kim told Putin the US had adopted a “unilateral attitude in bad faith” at a summit with US President Donald Trump two months ago in Hanoi.

Kim has effectively shunted the ball in Washington’s court insisting that peace and security on the Korean peninsula would entirely depend on the US’ future attitude and that the DPRK would gird itself for every possible situation.

Those who expected Trump to react angrily have been proved wrong. Trump has not only praised Putin’s comments on North Korea, but also stated that China is helping with efforts aimed at the denuclearisation of North Korea.

The Kim-Trump summit broke down in late February without a deal, after Pyongyang demanded immediate relief from sanctions but the two sides disagreed over what the North was prepared to give up in return. Russia insists on sanctions being eased, while the US blames it of trying to help Pyongyang evade some of the measures.

Just a week ago, Pyongyang demanded the removal of US Secretary of State Mike Pompeo from the stalled nuclear talks, accusing him of derailing the process.

It is increasingly obvious that Kim is seeking an upper hand in future talks. Since March 2018, the North Korean leader has held four meetings with Chinese President Xi Jinping, three with South Korea’s Moon Jae-in, two with Trump and one with Vietnam’s president.

Trump has repeatedly pointed to his “excellent relationship” with Kim. He agrees with Kim Jong Un that their personal relationship remains “very good,” perhaps the term “excellent” would be even more accurate, and that a third summit would be good in that both could fully understand where they stood.

Incidentally, Pyongyang has been careful not to criticise Trump personally, while attacking sanctions as an attempt to destroy modern civilisation and turn the society back in a medieval dark age.

On another front, Trump insists the US did not pay any money to North Korea as it sought the release of Otto Warmbier, a day after a report said Trump had approved a $2 million bill from Pyongyang for the American student’s care.

“No money was paid to North Korea for Otto Warmbier, not two Million Dollars, not anything else,” Trump tweeted in response to     The Washington Post report on Thursday that Trump had approved payment of a $2 million bill from Pyongyang to cover its care of the comatose college student, who was held in a North Korean prison for 17 months. The question remains whether any such agreement had been made at all and why!

The nuclear issue is too serious to be lost in the din of allegations and counter-allegations. North Korea carried out six nuclear tests between 2006 and 2017.

All parties should stop the blame game and see to it that the goal of denuclearisation of the Korean peninsula is achieved. Any other path could prove disastrous.