This is what climate change looks like: dramatic weather extremes, and the poorest paying the highest price - GulfToday

This is what climate change looks like: dramatic weather extremes, and the poorest paying the highest price 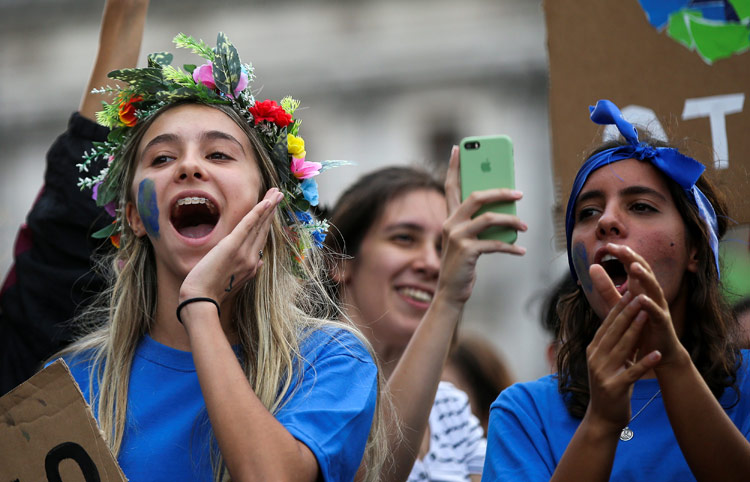 As the floodwaters slowly recede and cholera breaks out here in Mozambique, I recall the iconic image of the mum and her “miracle baby born in a tree” being winched from the branches above the swirling flood waters in Mozambique almost 20 years ago.

A similar story has emerged in this crisis. Baby Sara arrived in the world in the branches of a mango tree, mother Amelia also desperately clinging to her two-year-old son. It took two days for them to be rescued. They survived.

Two mothers, a generation apart, encapsulating the peril, terror and indignities suffered by a nation at the hands of nature. Their daughters, Rosita, who all being well is now a young woman perhaps with children of her own, and baby Sara, both arrived into a world with scarce and inadequate health facilities, limited clean water, food and shelter, and increased risk of violence within temporary shelters.

Can their treetop births ensure the eyes of the world will focus on an impoverished country devastated by natural disaster and with little capacity to recover? I wonder what else we need to do to draw the gaze of the world back to this nation. Cyclone Idai has affected nearly 3 million people across Mozambique, Zimbabwe and Malawi, with more than 600 confirmed deaths in Mozambique alone. And now a second wave of disaster has struck as cholera cases are climbing by the day, now almost 5,000 in Mozambique despite feverish efforts to bring emergency water, sanitation and hygiene, and cholera vaccinations.

The needs will only grow – the UN has also estimated that 43,000 women in the affected regions are due to give birth in the next six months. Women and children face the greatest threat during times of disaster as their support networks and access to water and sanitation are greatly diminished. They have to travel further for water, share facilities and shelter and face very vulnerable situations.

WaterAid is not an emergency response organisation, but when disasters affect the communities we work with, we help our local partners to support the relief effort. We are providing safe water and emergency sanitation access in two regions of Malawi and Mozambique, and in Mozambique we are also distributing hygiene kits containing water purification drops or tablets, a large water bucket, drinking mugs, soap, cotton cloth, toothbrushes and toothpaste, menstrual supplies and other essential items.

Time is of the essence in a disaster and vital supplies are now coming in. But we also have our eyes focused on the longer-term situation. This is what climate change looks like: dramatic weather extremes, and the poorest paying the highest price, with loss of lives, livelihoods and homes. What can the future look like for the next generation in this part of the world?

In the medium term, we will work with the people of Mozambique and Malawi on recovery, rehabilitating water points and supporting them to rebuild latrines and sanitation facilities in homes, health centres and schools, while promoting good hygiene practices to help prevent waterborne diseases such as cholera and diarrhoea, and helping to return their lives to normal.

But infrastructure is under increasing strain and unable to respond effectively to ever more severe climate impacts. We need to support training initiatives so people have the right skills to manage and respond to increasingly unpredictable climate. Baby Sara’s harsh arrival into the world demonstrates that it is the world’s poorest and most vulnerable who are hardest hit by extreme weather made worse by climate change. Mozambique is in the midst of a devastating flood now, yet last year was threatened by severe drought.

How many more dramatic examples are required to illustrate that governments must do more to drastically cut carbon emissions, and must include water, sanitation and hygiene as essential parts of climate adaptation and planning for disasters, helping to reduce the risk of disease and aid in recovery. Only then will baby Sara and the rest of her generation grow up healthy and able to contribute to their communities and countries.