Dubai remains a magnet for investments 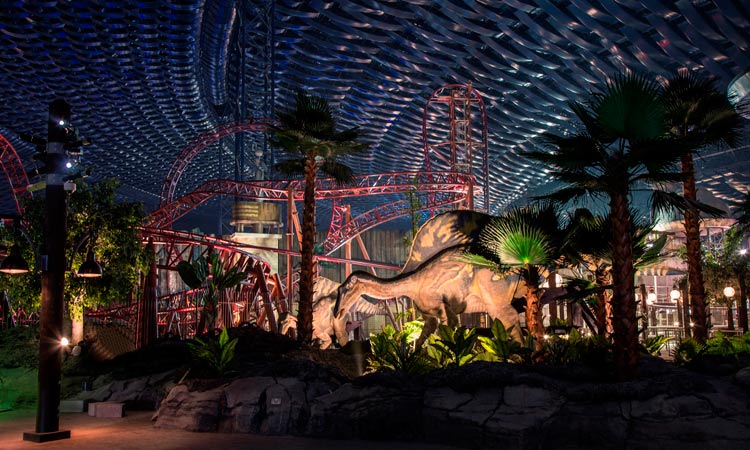 Dubai has become the hub for innovation and investment.

Dubai is a city of superlatives and its penchant for the Number 1 slot is well known. Visionary policies, strategic tourism initiatives and endless attractions have placed the Emirate among the world’s top destinations.

The affirmation by the “Global Wealth Migration Report” for 2019, developed by the prestigious AfrAsia Bank and New World Wealth, that Dubai attracted more than 1,000 millionaires from outside the country, surpassing major cities like Los Angeles, Melbourne, Miami, New York, San Francisco and Sydney is yet another unambiguous indication that Dubai has been able to create a robust investment and economic environment.

The report has aptly described Dubai as the most prominent financial centre in the Middle East, and one of the safest cities in the region as well as a popular destination for High-Net-Worth-Individuals (HNWIs) and wealthy expatriates.

Dubai is certainly an example of the power that business incentives have in encouraging business formation.

“Sharing is caring” has been the motto right from the beginning. As Crown Prince of Dubai Sheikh Hamdan Bin Mohammed Bin Rashid Al Maktoum points out, Vice President and Prime Minister of the UAE and Ruler of Dubai His Highness Sheikh Mohammed Bin Rashid Al Maktoum sought to make Dubai and the UAE a land of opportunity for talent and a magnet for investments that can benefit not only the region but all of humanity.

Figures speak volumes about the story of triumph. Approximately 2,000 High-Net-Worth-Individuals, each with at least $1 million worth of net assets, moved into the UAE in 2018, boosting the local economy. The number of affluent migrants in the UAE rose by two per cent in 2018, compared to the previous year.

Driven by its success as a focal point for global trade, and an important transportation hub, Dubai has built a global reputation as a city with a highly developed infrastructure that boasts world-class standards in every sector.

Based on an ethos of peaceful coexistence and tolerance, the UAE has become an oasis of peace and a worldwide model for harmony between people of different religions and ethnicities.

The city’s magnetic appeal is also largely due to its year-round calendar of festivals, events and shopping experiences. Dubai International Airport (DXB) has retained its position as the world’s busiest airport with the number of travellers passing through its terminals hitting nearly 90 million last year, up by one per cent from the previous year.

Dubai International has been crowned as the world’s busiest hub for international travel for a few years now since outranking London Heathrow in 2014.

With Expo 2020 expected to attract 25 million visits and participants from 190 countries from October 2020 to April 2021, Dubai remains super excited and is brimming with enthusiasm.

During this period, the World Expo is expected to contribute approximately 1.5 per cent of the UAE’s annual forecast gross domestic product. Small and medium-sized enterprises, SMEs, are estimated to receive Dhs4.7 billion in investment during the pre-Expo phase, supporting approximately 12,600 job-years.

The record of the UAE’s economy truly bears testament to the wise vision of the country’s leadership and the sound legislation that guarantees the stability of all investments in various sectors.