Conserve every drop or land in deep waters 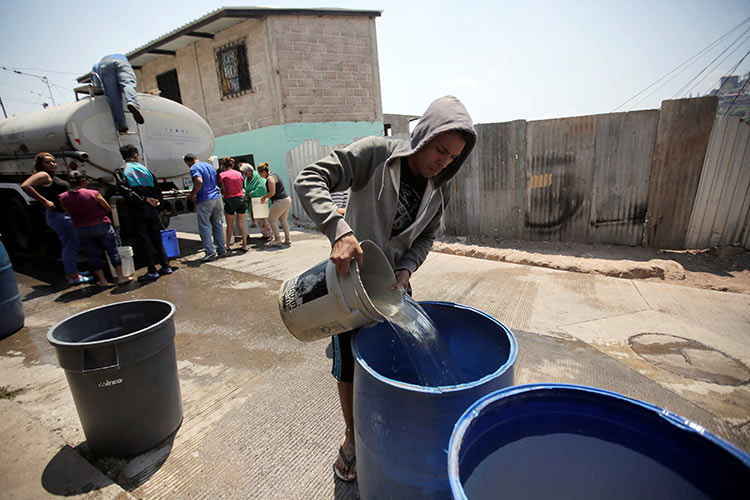 Every year, 85,700 children under 15 die from diarrhoea linked to unsafe water, sanitation and hygiene facilities.

Every form of life on earth depends on water for subsistence. Access to water underpins public health and is critical to sustainable development and a stable and prosperous world. Yet, World Water Day 2019, marked on March 22, passed by indistinctly without many people even realising its significance.

A 16-nation study by the UN Children’s Fund (UNICEF) into how water supplies affect children caught up in emergencies has highlighted that a lack of safe water is far deadlier for children than war in more than a dozen conflict-affected countries. This should serve as a wake-up call for action by the international community.

The study also shows that children under five are on average more than 20 times more likely to die from illnesses linked to unsafe water and bad sanitation, than from conflict.

According to the report, every year, 85,700 children under 15 die from diarrhoea linked to unsafe water, sanitation and hygiene facilities (WASH), compared with 30,900 from conflict. Some 72,000 under-fives die annually from similar illnesses linked to WASH-access problems, compared to 3,400 from war-related violence.

The challenge is widespread could be surmised by the fact that the Unicef data covered as many countries as Afghanistan, Burkina Faso, Cameroon, the Central African Republic, Chad, the Democratic Republic of the Congo, Ethiopia, Iraq, Libya, Mali, Myanmar, Somalia, South Sudan, Sudan, Syria and Yemen.

By the end of the 2017, conflict, persecution or human rights violations forcibly displaced an unprecedented 68.5 million from their homes. Disasters displaced another 18.8 million. As UN officials point out, such mass displacement places strain upon natural resources and water-related services at transition and destination points for both existing populations and new arrivals, creating potential inequalities and a source of conflicts among them.

Population and economic growth have placed unprecedented pressures on water, with water scarcity affecting over 40 per cent of the world’s people. The Middle East and North Africa is the most water-scarce region in the world, with over 60 per cent of the region’s population living in areas with high or very high surface water stress, compared with a global average of about 35 per cent, as Saeed Mohammed Al Tayer, Managing Director and CEO of the Dubai Electricity and water Authority (DEWA), points out.

Citizens and residents of the UAE are fortunate as the wise leadership attaches great importance to water security, which is one of the seven strategic sectors of the National Innovation Strategy, and one of the main pillars of UAE Vision 2021. The UAE water Security Strategy 2036 aims to ensure sustainable access to water during both normal and emergency conditions.

In 2010, the UN recognised the right to safe and clean drinking water and sanitation as a human right that is essential for the full enjoyment of life and all human rights. Regulatory and legal frameworks must recognise the right to water for all people.

Water issues call for global solidarity and joint measures. What is needed is solid commitment. All members of society should conserve natural resources, especially water. Governments and relevant organisations should coordinate to provide sustainable solutions to use water more efficiently and raise awareness about its challenges. All measures should be taken to ensure water security for future generations.