Kamala and Beto should make way for the real liberals - GulfToday

Kamala and Beto should make way for the real liberals 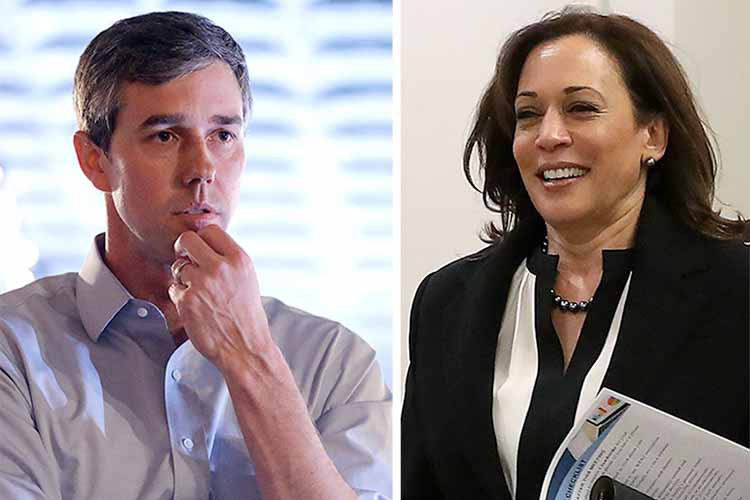 Former Congressman Beto O’Rourke and Senator Kamala Harris need to step aside and let the tried and true liberals run for the Democratic nomination — otherwise it just might cost Dems the White House in 2020.

There has been way too much buzz already round Beto O’Rourke and Senator Kamala Harris, a buzz which makes them look like the shining liberal-but-not-too-liberal stars of the party in the race to beat Trump. So let’s examine whether they really deserve it.

Let’s start with the former Congressman from Texas. Even though he has already had his photo taken by Annie Liebovitz, Beto is by and large nothing more than a middle-of-the-road white guy with money, who lost to Senator Ted Cruz in the 2018 Texas senatorial race.

I will admit: Beto garnered a substantial following on social media and in the press because he was running against Ted Cruz, who is, in my opinion, about as regressive and bigoted as it gets. But that wasn’t because he had anything special to offer or any clear stances on policy issues. Beto’s failure to beat Cruz in the Texas senatorial race does not bode well either for a presidential win, regardless of how he is doing in the polls.

Even more nauseating was O’Rourke’s “I’m just born to do this” statement in this month’s Vanity Fair interview and his subsequent comments about how his wife is raising his kids with a little help from him. His mediocrity is appalling: as a man, a person and definitely as a candidate. His out-of-touch fatherhood remarks also show that he hasn’t taken the time to acknowledge or examine his white privilege or his male privilege. This is not the person America needs in the White House. This is not the person who can undo anything that Trump has done in the past four years. And this is definitely not the person who will beat Trump in the upcoming presidential debates.

Turning to Senator Kamala Harris of California, the state’s former attorney general has been generally let off the hook in terms of public criticism. The media has instead focused on her soundbite-worthy grilling of now-Supreme Court Justice Brett Kavanaugh during Senate hearings for his confirmation to the Court. The idea of having a woman of colour in the White House has overtaken the truth about her conservative past as a prosecutor and attorney general of the Sunshine State.

Harris drafted a law that allowed police to go after parents of minors who were playing truant, many of whom came from single-parent households where the child’s guardian had two or more jobs and couldn’t always make sure their kids made it to school. Drug arrests also went up 18 per cent while she was District Attorney. Harris is one of several former prosecutors who have now rebranded themselves as liberals to run for political office — but not everyone is fooled.

If most Democrats agree that the most important issue in the 2020 election is to get rid of the Cheeto-faced, flaming xenophobe in the White House, then we cannot support either Harris or O’Rourke, as nice as they might be to watch on TV or look at in magazines.

If either of these candidates truly care about the future of their country then they will recognise that the America that wants Trump gone – a liberal and diverse America – wants a candidate who has a history of standing up for civil and human rights: we want a real liberal. The main reason the man who currently occupies the white house won in the first place is because loud, unqualified candidates were given too much airtime. So Americans need to wake up and take a good, hard look at the Democratic candidates’ histories and what they actually stand for, rather than the shiny quality of their recent profiles. In this election we can’t take any more chances. These are indeed dangerous times.