The young shame the older generation into action - GulfToday

The young shame the older generation into action 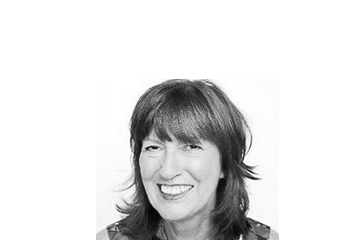 In the space of just eight months, a quietly spoken Swedish teenager has shamed prevaricating world leaders who have failed to halt damaging emissions by galvanising her generation into unprecedented action on climate change.

As a result, 16-year-old Greta Thunberg has been nominated for a Nobel Peace Prize. If successful, she would be the youngest winner ever (Malala Yousafzai was 17 when she won in 2014). The three Norwegian MPs who put Thunberg’s name forward said: “If we don’t halt climate change it will be the cause of wars, conflicts and refugees.”

Thunberg launched #FridaysForFuture last August, refusing to go to school and staging a one-woman protest outside the Swedish parliament every Friday since, holding her handmade placards and distributing leaflets.

Soon, she was joined by dozens of supporters, and then other school students in Belgium and Switzerland started striking on Fridays to galvanise their governments into taking radical action to halt global warming.

Friday saw Thunberg’s campaign achieve its most successful day of action so far – hundreds of thousands of students plan to stage strikes in more 100 countries around the world.

Demonstrations are taking place in 158 US locations, 60 in the UK, 123 in Sweden, 27 in Mexico and 51 in Canada. Last month, there were over 30 demonstrations in Britain alone. More than 30,000 students protested in major Belgian cities, encouraged by a letter signed by 345 eminent scientists saying “these activists are right”.

Thunberg’s message, which she delivered to world leaders in Davos – and to any politicians who will listen – is always the same. It’s simple and breathtakingly direct.

Inspired by the school strike campaigning for stricter gun controls organised by students in Parkland, Florida after a massacre killed 14 children, Thunberg says her generation have no choice but to go on strike.  The young can’t trust adults to clear up the mess they have made. It’s the next generation who are going to suffer, not today’s adults who fail to act, continue to bicker and rail against radical action. Children are breathing polluted air and diesel fumes and their health and brains are going to be affected.

Thunberg’s arguments are powerful and pretty undeniable. No matter what climate sceptics say, the evidence is stark. According to the UN, if global warming continues at the current rate, by 2030 it will be irreversible. The result will be flooding and extreme weather, affecting communities, crops and livelihoods all over the world.

Initially, I thought that the school strikes would have been more effective if they happened on a weekend, because adults would have swelled the numbers. As a school student, I joined mass protests against nuclear weapons and apartheid, giving up my free time and my earnings from Saturday jobs to demonstrate.

But the success of Thunberg’s campaign, and the enthusiastic way it has been adopted by students from a large variety of backgrounds has made me rethink. A global protest entirely run and promoted by teenagers has far more impact than one hijacked by adult do-gooders. Let the young shame the older generation into action – Thunberg has already persuaded her mother (a successful opera singer) to stop travelling by air and her father has become a vegan.

Last week I filmed in an inspirational primary school in Leicester for a forthcoming BBC Learning series about teachers. On every wall and corridor were paintings and drawings by the pupils commentating on the environment, recycling and pollution.

These kids are far more clued up than I was at their age. I sat in on a maths class, and discovered 11-year-olds tackling problems that I didn’t encounter until my teens. The internet and social media certainly bring pressures and dangers to the young, but they also open their eyes to what’s going on in the world outside their towns and cities. Consequently, young people are far more issue-oriented than they used to be.

Thunberg has cleverly harnessed social media to build her movement, tapping into this generation hungry for information. We underestimate schoolchildren at our peril (we adults predictably moan about teenagers’ lack of vocabulary, their dependence on screens and social media) – but they are more able to assimilate new information than we are, and youth is when you feel you can change the world – so why not try?

My CND marches didn’t succeed in getting nuclear weapons banned. But Thunberg stands a real chance of making a difference. Diagnosed with Asperger’s and selective mutism (a condition brought on by extreme anxiety), Thunberg is undeniably single-minded, meaning she’s totally consumed by what she believes in and will not be influenced by any outsiders or vested interests. Attacks on social media about her appearance and petty claims that she’s a fame junkie seem to be brushed off.

Her critics are legion. Theresa May (of course) says disruption increases teacher’s workloads and wastes lesson time that they have carefully prepared for. On the other hand, environment minister Michael Gove commented that “you should listen and respect the fact people feel so strongly”.

The Nobel Peace Prize has attracted 301 candidates – of which 223 are individuals and 73 are organisations. Voting is highly secretive and the winner won’t be announced until October. There have been some questionable recipients – Aung San Suu Kyi, for example – but I doubt there will be a worthier winner in 2019 than Greta Thunberg, who once said: “I was that girl at the back of the class who doesn’t say anything.”

Now, we can’t afford to ignore her.