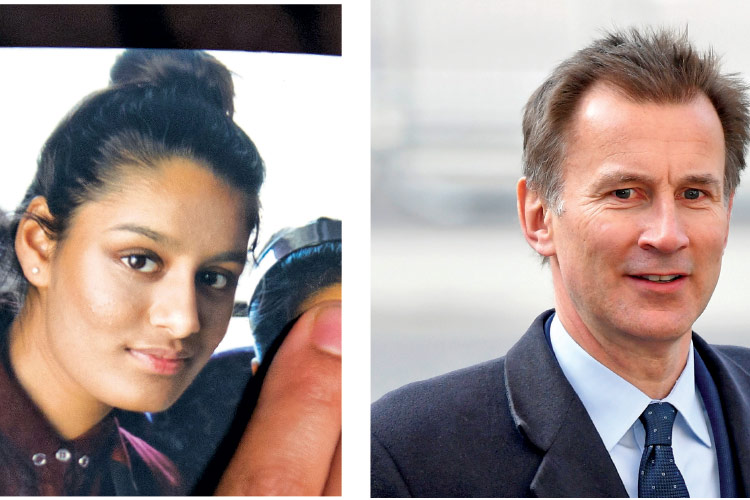 A baby was buried on the outskirts of a desolate camp in northern Syria last week. He died for the crimes of his mother, and because his government treated him as if he was complicit in those crimes.

Few would have known him as anything other than the son of Shamima Begum, the infamous teenager who fled to Syria to join Daesh with three school friends. But his name was Jarrah, and he was a British citizen. He lived for three weeks in desperate conditions before succumbing to a lung infection.

From the day Ms Begum arrived heavily pregnant at a displacement camp, along with tens of thousands of other Daesh family members, her fate has been a topic of furious debate.

The government refused to bring her back to the UK to face justice, judging that abandoning a woman who had professed her loyalty to a murderous cult would prove a popular decision.

Revoking her citizenship was sold by the home secretary, Sajid Javid, as a mark of toughness against extremism. Today, it looks more like callousness.

Rather than confront the possibility that it could have done more, the government has tied itself in knots in trying to justify the actions that may have contributed to the child’s death.

The foreign secretary, Jeremy Hunt, called it “distressing and sad”, but insisted that the government had”been trying to do everything we can” to help. I wrote to the Foreign Office to ask what efforts had been made prior to his death to help, but received no reply.

Hunt then claimed that it did not take action because the child was in an area that was too dangerous to reach.

“We have to think about the safety of the British officials that I would send into that war zone as a representative of the government”, he added.

This is disingenuous, to say the least, and a measure of the hollowness of the thinking behind the policy.

Putting aside the fact that Mr Hunt released a video of himself donning a flak jacket in Yemen earlier this month – a country that is in the depths of a much wider war – the area where Ms Begum is being held is in fact far from the fighting.

The two camps where Ms Begum stayed are situated in northern Syria, in an area firmly in control of the Syrian Democratic Forces, a British ally. Numerous aid groups operate there, as do British special forces.

It is for this reason that in the weeks when her fate was being discussed in Whitehall, dozens of journalists were able to visit the al-Hol camp where she was being held, many of them to interview her. She and her days-old son were later moved to Roj camp, in an even safer part of Syria, just off a road that I and dozens of other journalists have travelled in recent months.

All of this assumes that British officials would have to go and collect Ms Begum and her son personally from Syria, rather than receive them at the Iraqi border.

Mr Hunt was right in one regard. The camp where Jarrah was born was dangerous, but not to British officials. Nearly 100 children have died there since December, and many more will follow.

The truth is that by abandoning Shamima Begum in Syria, the British government abandoned her child too. From the moment the Home Office stripped her citizenship without a plan for what to do with her newborn son, it tied their fate together.

The government argued that it took this path to protect British citizens, but in doing so, it may have contributed to the death of one.