Incompetent enough to rival Donald Trump, Chris Grayling could be one of the few Brits to break America - GulfToday

Incompetent enough to rival Donald Trump, Chris Grayling could be one of the few Brits to break America It took a while, but he’s pulled it off. Chris Grayling has done what every British act yearns to do, but so few achieve. He’s cracked the States.

Yesterday, while he was playing hooky from a Commons debate about himself, the transport secretary featured huge in The New York Times.

Although the headline question isn’t unfamiliar here, it caused a jolt of visceral pride to see it cross the Atlantic. “How does he survive? The curious case of ‘Failing Grayling’.”Typically, this overnight success story came after years of hard and inspired work. Yet time, effort and talent are no guarantee of US recognition.

Bruce Forsyth spent decades in the US trying his luck as a cut price Sammy Davis Jr, and couldn’t get arrested. Oasis toured time and again, but never broke through. Ditto for The Jam, Take That, and more beyond counting.So doff your cap to the master of disaster for pulling it off without once crossing the ocean, when even the Fab Four had to go on the Ed Sullivan Show to ignite Beatlemania.

It is impossible to overstate the magnitude of his triumph. When Gordon Brown, then PM, visited Obama in Washington 10 years ago, what was front page news here was the source of such uninterest there that you needed the Hubble to locate any mention in the NYT. 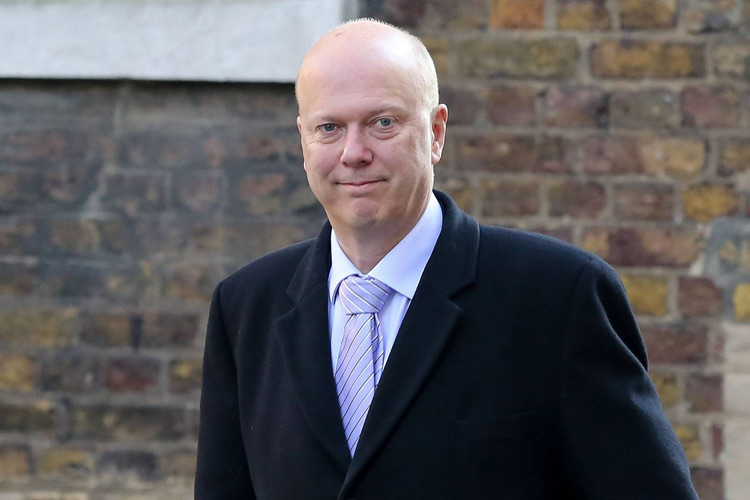 The answer to how a middle-ranking British cabinet minister pierced that clinical indifference is suggested in a hilarious addendum: “Correction: Because of an editing error, an earlier version misstated the amount that a Labour Party report claimed Chris Grayling misadventures had cost British taxpayers. It is £2.7bn, not £2.7m.”

The body of the article, meanwhile, is basically a greatest hits album with the tracks played in reverse chronological order of their release.

The Sailing Grayling ferry company without ferries, and £33m compensation to Eurotunnel for unfairly preventing it bidding; the uber fiasco of his new rail timetables; the banning of books for prisoners, desecration of the penal system, and ruination of legal aid as injustice secretary; the time, in opposition, he ridiculed a Brown appointment as “a political gimmick”, when David Cameron had proposed it…

This would be an astonishing tribute at any time. In an era defined by the surreal incompetence of the president and the luminous idiocy of his cabinet, it’s miraculous.

The NYT’s answer to its headline question is the one any British publication would give. It isn’t merely that Grayling is a faithful old mate of a Theresa May hardly suffocating beneath the pile of friends and loyalists. She is too weak to upset the fragile cabinet balance by sacking anyone, let alone a fervent Brexiteer.

What it cannot do is convey the flavour of a man whose expression permanently hints at worse to come. Search that soppy, smirky face during an interview, and it appears to be saying, “I know you’re asking me about the £33m to Eurotunnel, but I’m pretty sure I did something else this morning that will cost £179m.”If ever he parlays his US celebrity into a recording career, it barely needs stating that his debut single will be a cover of Britney Spears’ “Oops!... I Did It Again”. But it is of course as a slapstick comic that he has the more obviously glittering future.

He’s the Norman Wisdom of politics, screwing up relentlessly, and endlessly forgiven by the Mrs Grimsdale of Downing Street.

Wisdom never cracked the USA. He was popular across the globe, from China to Chile, and a national hero in Albania. But he was never a household name in Utah, Hawaii and Maine.

If it seems an injustice that Grayling has managed in a few years what Little Norman couldn’t in half a century, there’s no accounting for quixotic national tastes.

The French gave Jerry Lewis the legion d'honneur, but however unfair the instant stardom might seem, his colleagues won’t risk alienating him by showing their envy. So long as he survives – he could insert a vacuum cleaner nozzle into his rectum at the Cenotaph on Remembrance Sunday, and still retain the PM’s full confidence – he is a god-given lightning rod for the marginally less imbecilic.

Where would Gavin Williamson be without him? The pipsqueak defence secretary contrived to kibosh Philip Hammond’s trade talks trip to China by threatening to send an aircraft carrier to the South China Sea. That the relevant ship hasn’t been built yet reminds me of someone. I just can’t put my finger on who. As long as Grayling remains, Williamson and the rest of the idiocracy have cover. So the concern for them, as for us all, is that the new mega stardom will make him a political James Corden. Any minute now, he might leave for the States.

Donald Trump will have read about Failing Grayling in what he calls the “Failing New York Times”. He’ll appreciate how perfectly Grayling would fit into his cabinet alongside Rick Perry, the energy secretary who doesn’t believe in man-made climate change; who as a candidate in 2011 couldn’t recall which three government departments (one being energy) he’d axe as president, and filled the brain-freeze gap with “Oops!”.

He and Grayling could reprise the Britney number as a duet, or even as a trio with Betsy Devos, the education secretary who once proposed that school staff should be armed in case of “potential grizzlies”.

This prospect in mind, it would be folly to take him for granted. On no account fall into the classic Joni Mitchell trap. If he goes, don’t dare say you didn’t know what you had till it went. Know exactly what you’ve got. Now that America knows it too, relish every precious moment in the fear that he may have just become too big for li’l ol’ us.