To guide or not to guide? Fed 'dots' complicate message 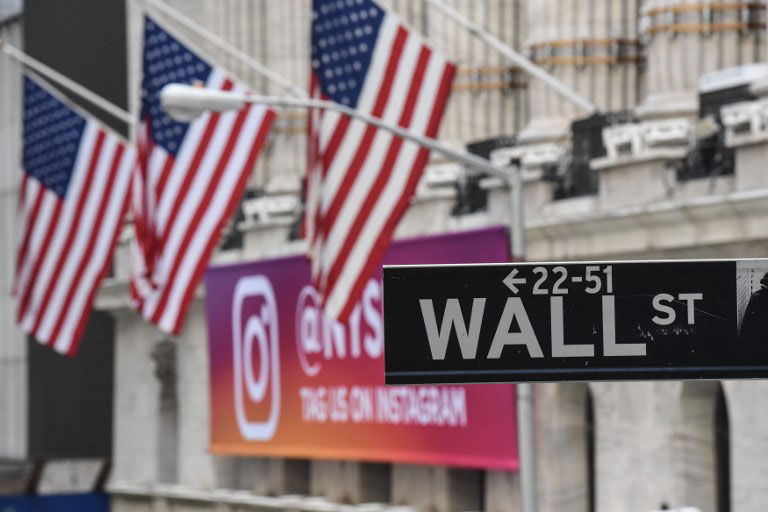 WASHINGTON: US central bankers say clear communication is important, with economic research showing that if the public understands what the Federal Reserve is doing, monetary policy works better and the economy does better.

But when Fed officials meet again in March, it may be tough to tell a cogent story as the Fed's two main tools for talking to the public head for a rare conflict.

The newest quarterly set of economic projections, including 'dots' representing policymakers' rate forecasts, is likely to show they still expect to raise rates this year. Meanwhile, the official policy statement that comes at the end of each meeting will likely offer no hint about whether rates will rise, fall, or stay the same.

That could stoke fresh confusion over the Fed's direction after months when Chairman Jerome Powell has struggled to provide a consistent message, prompting fresh calls for the central bank to overhaul some longstanding practices.

Policymakers like St. Louis Federal Reserve President James Bullard have pressed for changes to the Summary of Economic Projections to make them less influential over how the path of Fed policy is perceived.

As time passes, the projections for where rates should be at year end seem more like explicit forecasts, Bullard said in a recent interview. Last December in particular the projections "put us in a box in a bad way" by setting expectations for a rate increase at that meeting even as some economic data appeared shaky. The rate increase proceeded.

"As you get closer to the end of the year you are giving more and more near-term forecasts," said Bullard.

His idea? Change the system so policymakers always project at least one year ahead, parceling out any anticipated policy action over the eight meetings the Fed holds over a 12 month period.

Outside analysts of late have hammered the Fed for a communications policy described by some as "in tatters" or "a disaster." They wonder how investors, convinced by the latest statement and policymakers' public pledges of "patience" that rates won't rise, will adjust to seeing higher rates penciled into the set of projections coming in March.

For further rate hikes to disappear from the March projections, policymakers would have to shave a full half a percentage point from the median estimate issued in December, which foresaw rates increasing from around 2.4 percent to 2.9 percent through 2019.

That would require seven of 17 officials to cut their forecast, and could raise its own red flag: What do they know that everyone else doesn't?

In fact, a shift that large in the near-term outlook has happened just once since the Fed first issued quarterly projections in 2012.

That was in March 2015, when a global oil rout and slowing U.S. growth raised risks the Fed would never escape the zero interest rate environment that arrived with the financial crisis. The Fed's rate "liftoff" got delayed to the end of that year, and rates barely moved again in 2016 as the U.S. economy seemed stuck in mud.

That's not the economy the Fed sees right now, and not the one officials are likely to describe in their forecasts.

In addition to their estimates of the "appropriate" year-end federal funds rate, officials forecast unemployment, inflation, and growth in gross domestic product. All of those are likely to remain healthy by the March meeting.

The Fed's policy statement, however, has been moving in a different direction under Powell, steadily stripping away the remnants of "forward guidance" about the direction of rates.

Since the Great Recession, the statement has included some sort of pledge about rates, considered an important element of crisis management. By promising lower rates for a longer period, for example, households and businesses might have greater confidence to borrow and invest.

Fed officials regard that as no longer appropriate in an economy that is mostly back to normal. The Fed wants to be free to move rates up, down, or not at all, and at its own pace, based on how the economy performs. Last month it dropped long-standing language from its post-meeting statement pointing to further increases.

While the statement and projections have not always been well aligned, until now they have at least pointed in the same direction. Both were anchored at zero in the early years, then both indicated rates would move higher as the crisis faded.

With even that directional alignment about to end, Powell has been trying to diminish the significance of the projections, saying after the Fed's December meeting that they provide "useful information about ... participants' thinking, but the median is not a consensus judgment," or a "plan."

It's a message Fed officials have raised before. Few buy it.

The median 'dot' in the quarterly 'dot plot' graphic of each official's estimate for year-end rates may not be a product of consensus, and investors may squabble over whether the Fed will reach it.

But its existence does frame the public and market judgments, a constraint some are urging the Fed to escape.

"Market participants and commentators seem to put much more weight on small differences (in the projections) ... than is consistent with our imprecise knowledge" of how the economy and policy will evolve, former Fed Vice Chair Donald Kohn said in a recent paper urging changes to the projections. "This focus detracts from the more appropriate and helpful discussion of the underlying forces at play and the risks."