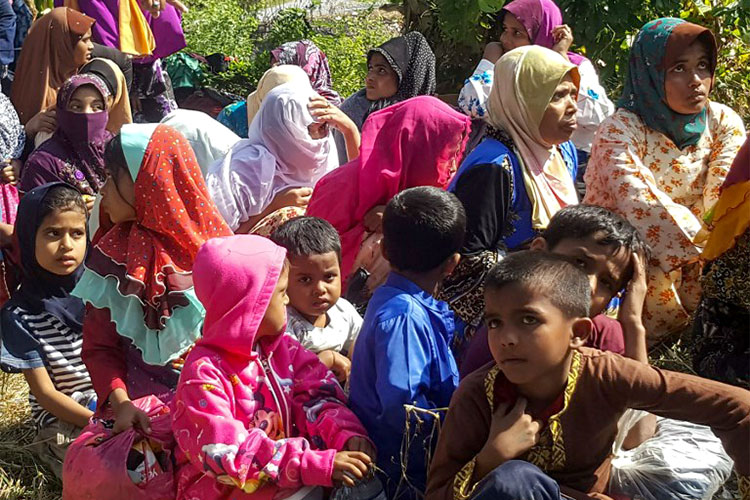 The world’s failure to prevent a crisis that saw 730,000 helpless people driven from their homes is indeed disgraceful.

The international community now well knows that Myanmar’s army carried out mass killings and rapes with genocidal intent during the massive offensive that laid waste to hundreds of Rohingya villages in the western Rakhine state.

Sadly, instead of creating genuine conditions for the return of Rohingya refugees, Myanmar has been engaged in a sustained campaign of violence, intimidation and harassment.

“Why are they sending us back? They may as well throw us into the sea,” one refugee had been quoted as saying earlier, highlighting the plight of the victims.

A survivor of rape in Myanmar told Jolie, “You would have to shoot me where I stand before I would go back to Myanmar’.”

If such powerful and emotional words do not shake the collective conscience of humanity and force Myanmar to take corrective measures, what else would?

Another huge cause for worry is that human trafficking in Rohingya camps is rising as the crisis rolls on.

It has been 18 months since the Rohingya refugees set up camps across the border in a coastal district about 40km south of Cox’s Bazar, Bangladesh’s top tourist location. Plans for repatriation had to be put on hold by the Bangladesh government last November thanks to protests in the camp with a vow no one would be sent back against their will.

The United Nations’ International Organisation for Migration (IOM) has identified about 204 cases of trafficking so far. But this is just a fraction of what we believe is happening, as per IOM officials. Young girls are particularly vulnerable to being taken as domestic workers both locally and within Bangladesh.

What is distressing is that there has been no evidence of the government of Myanmar taking concrete measures to create an environment where the Rohingya could return to their place of origin and live safely with their fundamental rights guaranteed.