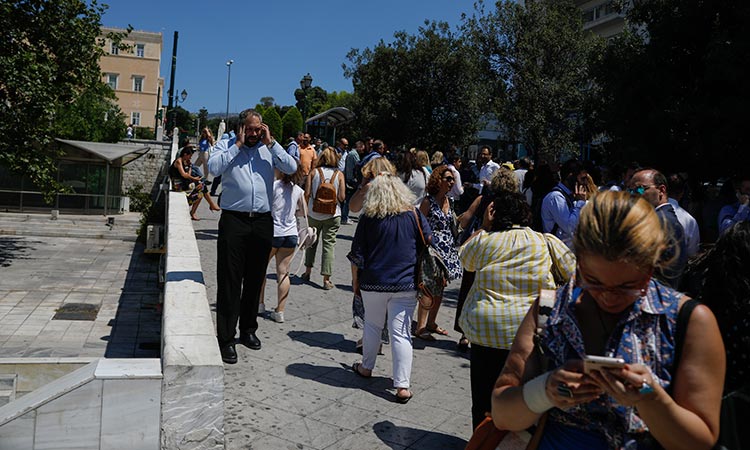 People speak on their phones as they stand outside their office after a strong quake hit Athens on Friday. Petros Giannakouris / AP

Quake knocked out phone and cellphone service and sent worried residents rushing into the streets, but there were no immediate reports of damage or injuries.

According to the Greek geodynamic institute, it was a 5.1-magnitude quake with an epicentre 23 kilometres orthwest of Athens and was followed by aftershocks.

The quake struck at around 1100 GMT at a depth of 13 kilometres, news reports said.

Worried residents and office staff have crowded outdoor areas but the government denied it had ordered an evacuation alert.

The fire department rescued over a dozen people trapped in elevators in the capital, state broadcaster ERT said.

"There is no reason for concern. The capital's buildings are build to withstand a much stronger earthquake," he told ERT.

The epicentre was near the area where a 5.9-magnitude quake left 143 people dead in and near Athens in 1999.

The US geological institute said Friday's quake had a magnitude of 5.3.

"For the time being we cannot be sure whether this was the main earthquake," seismologist Gerassimos Papadopoulos told ERT.

"There have been at least three (smaller) aftershocks already, which is a positive sign," he said, adding that the quake was felt as far as the Peloponnese islands.

"People in the capital must remain calm... they must be psychologically ready for more aftershocks," he said.

Greece lies on major fault lines and is regularly hit by earthquakes, but they rarely cause casualties.

In July 2017, a 6.7-magnitude earthquake killed two people on the island of Kos in the Aegean sea, causing significant damage.

Dubai and Abu Dhabi will screen passengers arriving on direct flights from China, as health authorities around the world scramble to prevent a global pandemic. A total of 10 cities in China's central Hubei province have suspended some public transportation over the coronavirus outbreak, the Hubei Daily reported on Friday. 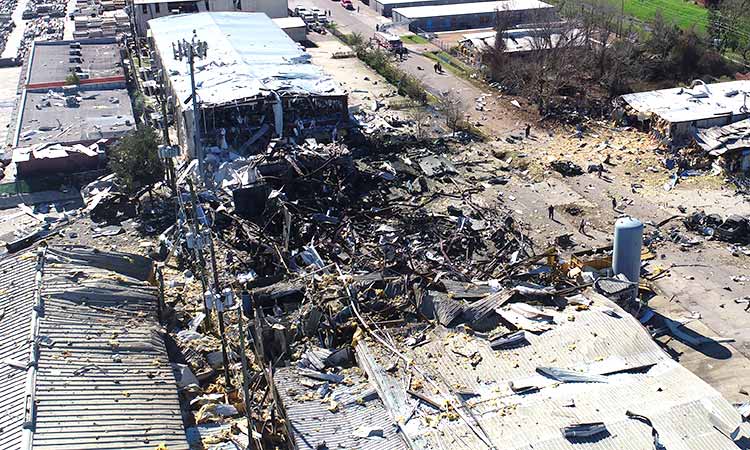