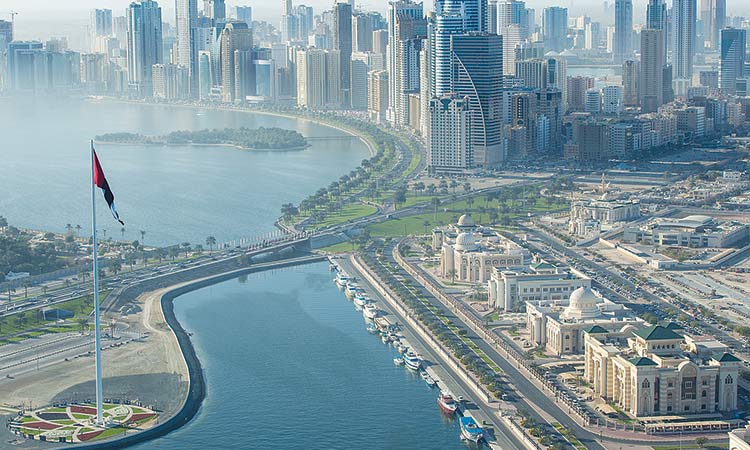 Flag Island in Sharjah: During the visit countless commercial and investment opportunities in the emirate were highlighted.

During the visit, Sheikh Fahim Al Qasimi highlighted Sharjah’s leading achievements and efforts in the cultural field, which led to its recognition as the World Book Capital 2019 by UNESCO. He also highlighted the countless commercial and investment opportunities in the emirate that can be looked into by their Costa Rican counterparts.

Praising the longstanding relations between Sharjah and Costa Rica, Sheikh Fahim Al Qasimi emphasised upon the emirate’s keenness to build on them by forging new partnerships in various sectors.

“The Emirate of Sharjah is considered a gateway for international investments in the region due to its numerous free zones, ports and excellent connectivity by land, air and sea. It has become a destination for investors from all over the world, especially because we are just a four-hour flight away for one-third of the world’s population. The emirate also offers numerous incentives to investors including full tax exemption on corporate profits and allows 100 per cent freehold ownership in free zones,” Sheikh Al Qasimi said.

The Department of Government Relations was established in 2014 under the guidance of His Highness Dr Sheikh Sultan bin Muhammad Al Qasimi, Member of the Supreme Council and Ruler of Sharjah, to provide a window of cooperation to Sharjah’s international partners.

As the centre of culture, education, and innovation in the UAE, the emirate’s international reach spans the globe. The department supports this outreach through representing Sharjah abroad, welcoming international delegations, and partnering with strategic cities that share Sharjah’s core values.