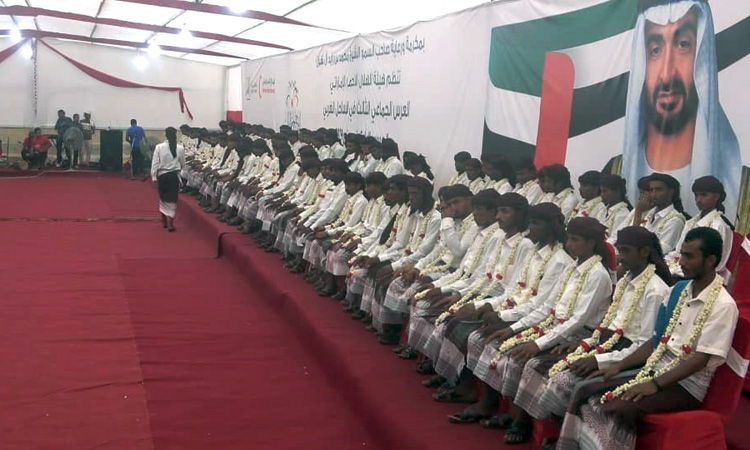 The Emirates Red Crescent, ERC, has organised the second group wedding in Yemen as part of the directives of His Highness Sheikh Mohamed Bin Zayed Al Nahyan, Crown Prince of Abu Dhabi and Deputy Supreme Commander of the UAE Armed Forces, and the follow up of H.H. Sheikh Hamdan Bin Zayed Al Nahyan, Ruler's Representative in Al Dhafra Region and Chairman of the ERC.

The 15th mass wedding ceremony, which was held in Mocha on Thursday in the presence of Mohammed Salem Al Junaibi, ERC Representative on the Red Sea Coast of Yemen, saw 100 couples tying the knot.

Dr. Mohammed Ateeq Al Falahi, ERC Secretary-General, said the mass weddings reflect the leadership's desire to maintain the social and psychological stability of the youth, so that they can contribute to their country's development and reconstruction, he further added.

Al Junaibi said the economic hardship in Yemen made a lot of young people hesitant to get married.

“This initiative seeks to achieve several goals, including reducing the costs of weddings and enhancing the social bonds within the Yemeni community,” he added. 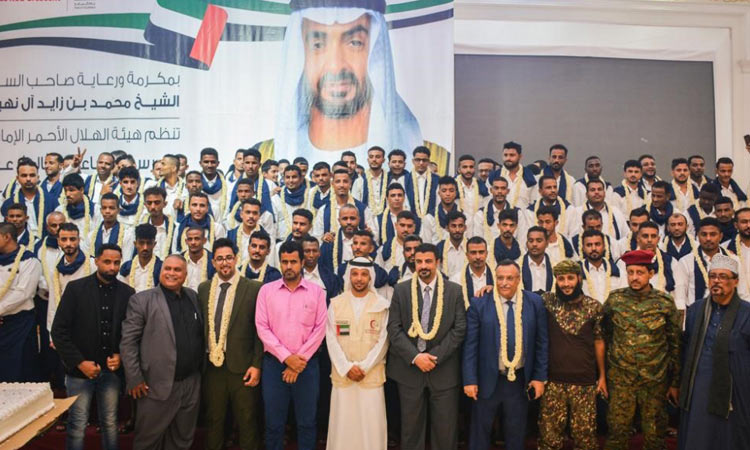