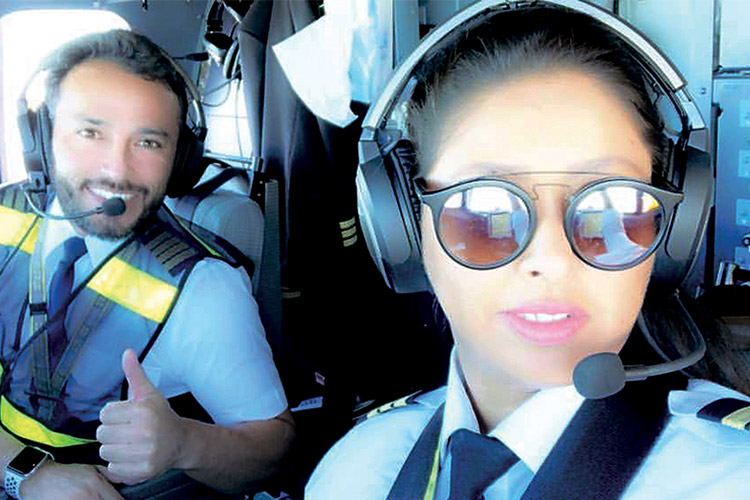 First Officer Yasmeen Al-Maimani poses for a photograph in the cockpit of an aircraft.

Everyone has dreams, but few realise them. Women in particular have to face mountainous challenges, including gender-based issues, to achieve their goals. Sheer grit and resilience helped Yasmeen Al-Maimani, 28, reach her long-term ambition: flying. She has become Saudi Arabia’s first female commercial pilot, having achieved that status last month.

Yasmeen, who is a First Officer and has over 500 flying hours, comes from a humble background, told Gulf Today in an exclusive telephonic interview, "Don’t underestimate yourself, work hard to achieve your goals.” On being asked what was the best moment of her life, Yasmeen replied, “The day I flew a passenger aircraft with around 74 on board on 9 June  2019." She said, “My journey started when I was in high school, I didn’t know what to do with life. I was young. I wanted to do something different.

"I was confused whenever someone asked me what you want to do in future.

"I had this thing with me that I wanted to become a pilot but I could never express it. So I used to say, I want to become an engineer, doctor and so… But I always wanted to be a pilot.” Yasmeen added, “You know it is rare, when you think about it, first of all it is very expensive, as I was about to clear my high school. Still I started to speak about my dream, I told my teachers.

“At first they were sceptical.” They used to say, “It is Saudi Arabia, we don’t have it here and the money that is required, my friends used to make fun of me.

“But my principal supported me, she was a very open-minded lady.

“When I graduated and got my certificate, I had the opportunity to join a lot of other professions. I had good marks, scored the highest in Saudi Arabia that year. I was eligible to study medical, and other fields as well.

“That time I started to think what to do, so I told my dad, that I wanted to become a pilot. My dad was like, ‘Okay…’” “He immediately agreed. He was very supportive, he is the first one to support me.” Yasmeen, said, “So we decided to look over the Internet to find the suitable place for learning and training.

“Of the handful of places we found across the globe, we decided upon Jordan.

“We choose Jordan because it was close by and it somehow fitted our budget.” In 2009, her father took her to the Royal Jordanian Aviation academy. She was 17 at that time. “I had to appear for an English test, which I cleared.

“The personal manger convinced my dad that I was good and I should pursue the profession. So I got enrolled.

“I came back to Jeddah and told my family that I got enrolled. They were shocked. 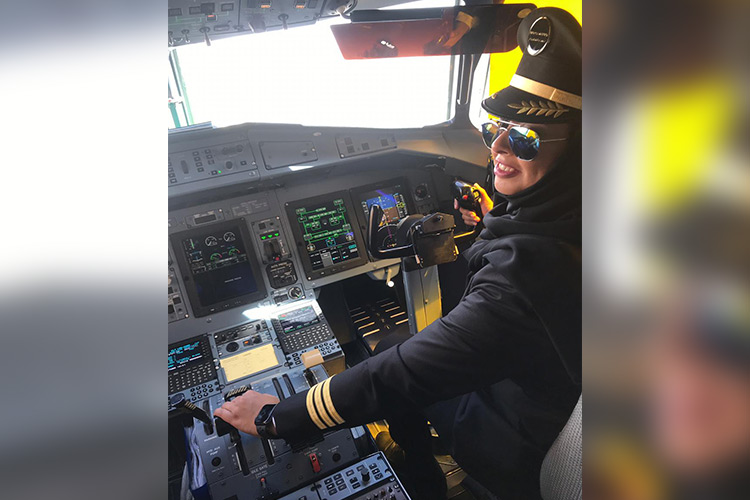 Yasmeen Al-Maimani in the cockpit.

“I returned to the academy to train.

“I was young and confused, and I was the only girl in the academy during the training period,” Yasmeen said.

My theory classes’ trainer was a lady. She supported me, encouraged me and made me feel comfortable. I met people from Saudi and other places; they were shocked to see me. They used to say, “How can it be possible? You are from Saudi, right?” “I cleared my ground school classes and by God’s grace all went well then we started our flying classes.” Yasmeen said, “I got my first flying licence in 2010.

“Then I came back to Saudi, I had to stop my training. A huge amount of money was going into it. When I was there, my dad used to come and stay and some times my mum. I was feeling like a burden to them. It was like around $80,000 to $90,000 going into my training.” Yasmeen Al-Maimani belongs to a humble Jeddah family. She is the oldest among her siblings. Her father is a businessman.

Yasmeen started to look for a scholarship, but to no avail. So she had to take up odd jobs to save money and continue the course.

In 2011, she took her first job as hotel reservation agent, afterwards she took up another position at the flight training academy. “I was also doing the chief pilot’s paperwork.

“In 2011, the media started publishing stories about my career strides and achievements.

“In 2012, there is this American flying school in Florida which approached me. They agreed to train me.” She came back to Saudi in 2013, and converted her two licences to Saudi licences.

“In this period, I applied to all the places. But no one was ready to take me. They all said no.” So I was working in flight operations, flight management and flight safety with ground staff.

In 2018, Saudi Crown Prince Mohammed Bin Salman started to bring in changes in the society. I was hopeful. Vision 2030 was a major announcement.

Prince Salman said, “It expresses our long-term goals and expectations and it is built upon our country’s unique strengths and capabilities. It guides our aspirations towards a new phase of development – to create a vibrant society in which all citizens can fulfil their dreams, hopes and ambitions to succeed in a thriving economy.” In 2018, Saudi Arabian airline Nesma Airlines approached me. I was asked to visit their office. They saw my background and agreed to appoint me after a brief training. In 2019, I signed my contract with them. My dream came true. I got what I wanted, it was an emotional moment.” 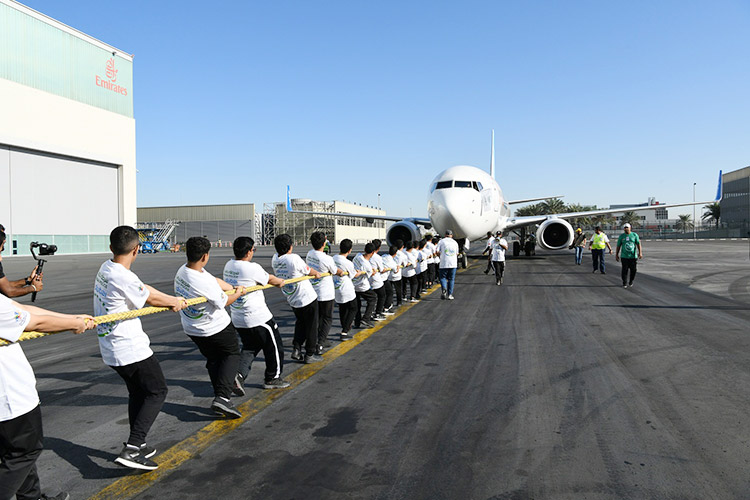 The aircraft pull was one of the key activities organised by Dubai Police in support to the ongoing Dubai Fitness Challenge 30X30.