After backlash on social media, Pakistan president stops all projects at Aiwan-e-Sadr - GulfToday

After backlash on social media, Pakistani president stops all projects at Aiwan-e-Sadr 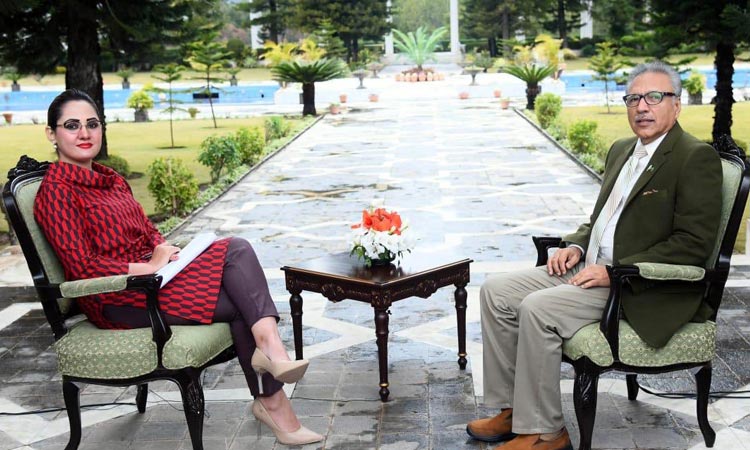 After severe backlash, President Dr Arif Alvi on Friday ordered the Capital Development Authority (CDA) to stop the development projects being undertaken by it at the Aiwan-e-Sadr (presidency).

The projects have been stopped in pursuance of the government’s austerity drive, spokesperson of Aiwan-e-Sadr said in a statement.

As the planned construction of cages for parrots at the presidency was scandalized on the social media, the government abandoned the projects.

As inflation-hit public is struggling to make both ends meet, the Capital Development Authority (CDA) of Islamabad was busy in decorating the Aiwan-e-Sadr where President Dr Arif Alvi was initially reluctant to shift as an austerity measure.

A number of tenders of more than Rs23 million had been floated within a month to invite bids for the constructions of cages for parrots, mouse cages as well as the purchase of ornamental plants, nursery items, new air conditions, renovation of fountain and other stuff.

Construction of new cages for parrot (Maccau) at Zoo Area, read an advertisement floated by CDA office in the Presidency. Estimated cost of cages (Rs1,948,000) was also posted. The presidential zoo has deer, pigeons and birds but parrots were missing which are now being added.

Another tender of Rs5.25 million was advertised for the electrification/ renovation of fountain at fifth floor with an estimated cost of Rs2,130,160, installation of air-conditioning units costing Rs1,928,055, store material for the maintenance of air conditions (Rs1,208,036), rewinding of different capacity electric motors (Rs727,071) and installation of high pressure water filters (Rs467,000).

A sum of Rs12.87 million was estimated for other works. A tender notice in this respect mentioned a list of 15 projects. Included among them is preparation of flag lowering ceremony (Rs263,337), renovation and improvement of fountain between Residency End to Mosque (Rs1,287,384), renovation of bathrooms at ground floor (Rs872,484), replacement of blazer cloth on main tables (Rs248,900), renovation and improvement of fountain at 5th floor (Rs983,454), providing and laying red carpet at main gate (Rs726,745), supply of sofa set, mouse cages, carpet brushes, president and building flags (Rs454,244), repainting of cook house and another house (Rs331,656), providing and fixing of glass door at South gate (Rs421,023), repainting of internal A-type story at Presidential Employees Colony (Rs1,976,733), procurement of store and material of reception and residence (Rs1,939,300) and other such works.

Presidential spoksman Mian Jehangir said the renovation and maintenance of the presidency is CDA’s subject thus he can’t comment on this ongoing development.

Well before assuming the power, the Pakistan Tehreek-e-Insaf (PTI) leadership vowed to cut unnecessary expenditures. President Alvi and Prime Minister Imran Khan committed not to shift to their official residences, however, both did. While the premier returned to his Banagala residence, President Alvi who was earlier insisted he would live in Parliament Lodges has never looked back as he continues to reside in the presidency.