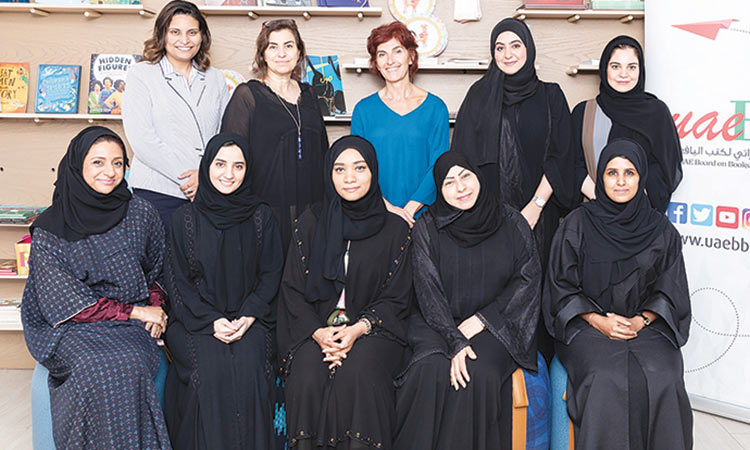 The eighth annual edition of “Books Made in UAE” workshop series, organised by the UAE Board on Books for Young People, UAEBBY, has comprehensively tackled the fundamentals of writing for children and young adults, YA, by focusing on children’s rights and safety.

During the five-day training course held in Sharjah, workshop trainer Fatima Sharafeddine, who is an award-winning children’s author of over 130 books from Lebanon, introduced participants to various issues regarding the techniques and art of creative writing, and children’s rights based on the Wadeema law and on the United Nations, UN, resolution on children’s rights.

Sharafeddine noted that the commitment of the workshop’s participants to increase awareness about children’s rights through their writing was reflected in the way they conceived and shaped their individual storylines.

She added, “It comes as no surprise that Sharjah – a Unicef Baby-and Child-friendly City as well as the Unesco World Book Capital 2019 – will merge these internationally recognised competencies into a spectacular UAEBBY workshop programme to pass them on to current and future generations of Emiratis. The UAEBBY has been making stellar efforts to raise the standards of children’s literature produced locally in the UAE.”

Workshop participant Badria Al Shamsi stressed that books written for children should be meaningful and full of virtues. “I write books that make children laugh and, at the same time, teach them social values.” She noted that her dream is to make the world a better place for every child through her writing that will empower young readers by making them realise that they have the freedom to choose what is right.

Emirati writer Nadia Al Najjar said, “This is the first time I’ve tackled the subject of child rights and protection in my writing. The workshop has made me realise how powerful our work can be in creating awareness and building a more just and stable future for our children.

She added, “My story tackles the subject of the freedom of expression because every child has the right to choose and express their opinion. It is important to encourage children to do this to enhance their self-confidence and ability to make their own decisions in the future.”

The UAE Board on Books for Young People (UAEBBY) is the national section of the United Arab Emirates within the International Board on Books for Young People (IBBY). The objectives of the UAEBBY include the encouragement of the publishing and distribution of quality children’s books in the UAE, providing aspiring and published Emirati authors and illustrators as well as UAE publishing houses with networking, exchange and capacity building opportunities and promoting international understanding through children’s books.

Recently, issues that concern children’s literature, including content sensitivity, silent (wordless picture) books, and finding ways to further develop the tactile books industry to increase the knowledge of young readers were tackled by the UAE Board on Books for Young People, UAEBBY, at three intellectual discussions they hosted during their participation at the Turin International Book Fair, TIBF 2019.

The discussions were part of the “Sharjah Guest of Honour” celebrations.

The first discussion, titled, “Books, Children and the Dark Side”, was moderated by Eman Mohammed, and featured Emirati Author Alia Al Shamsi, and Italian researcher and author Dr Marcella Terrusi. The two experts analysed popular dark children’s classics and answered questions on subjects that should be off-limits for children’s books.

Modern authors must reinvent themselves and their writing techniques to turn violence and hardships in dark classics into something suitable for children, they believed.

In the second session, titled “Loud Silence” Al Shamsi and Dr Terrusi discussed the evolution of the genre of the silent book and how it was helping psychologically scarred children to heal in war-torn regions. While promoting ideas and documenting historical events through pictures is as old as human existence, adopting illustration as an alternative to literary writing, however, began emerging in the mid-twentieth in Europe, mainly to help refugee children who could not read or speak the languages of the countries they were seeking asylum in. 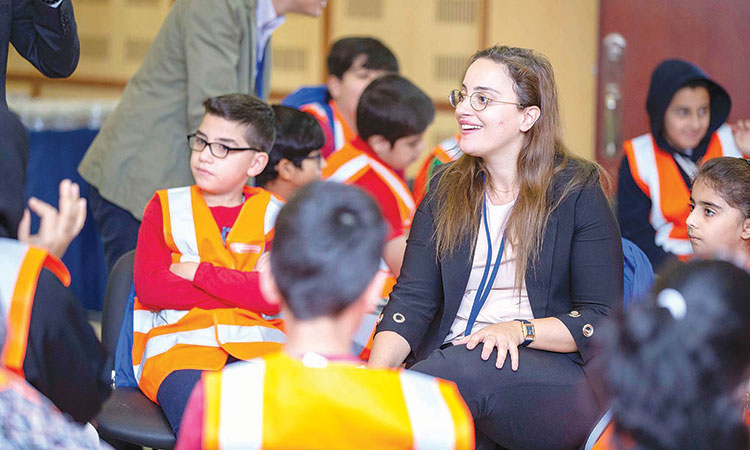 A one-of-a-kind initiative launched by Sharjah Urban Planning Council (SUPC) and Sharjah Baby Friendly Office (SBFO) – in collaboration with the UN Human Settlements Programme (UN Habitat) is encouraging children to build up Sharjah’s public realm as they play one of their favourite games ‘Minecraft.’