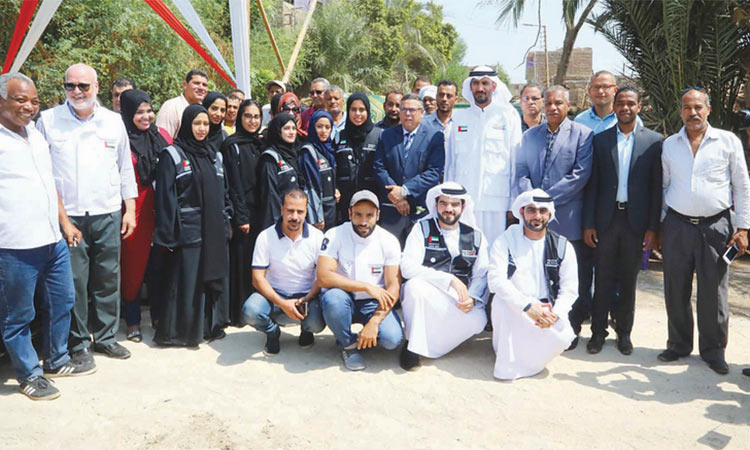 Suqia, under the umbrella of the MBRGI, has shown that the approach of the late Sheikh Zayed Bin Sultan Al Nahyan is still alive today.

While humanitarianism is a well-established public policy in the UAE, improving the lives of less fortunate communities is one of the main objectives of the UAE’s foreign aid policy, making the country one of the largest donors of humanitarian assistance in the world.

The UAE Water Aid Foundation (Suqia), under the umbrella of the Mohammed Bin Rashid Al Maktoum Global Initiatives, MBRGI, has shown that the approach of the late Sheikh Zayed bin Sultan Al Nahyan, a pioneer of humanitarianism, is still alive today.

In a report released on the occasion of “Zayed Humanitarian Work Day”, which was marked on 19th of Ramadan, the foundation furnished details on its activities, initiatives and achievements at the national and international levels.

Over 9 million beneficiaries from Suqia’s projects:Suqia continues to provide safe drinking water wherever there is water scarcity and pollution, in cooperation with the relevant local and international organisations. By the end of 2018, Suqia’s projects had helped over nine million people in 34 countries.

Humanitarian work in the footsteps of Zayed:“Observing Zayed Humanitarian Work Day is particularly relevant in the Year of Tolerance, which is an extension of the Year of Zayed 2018, as it carries forward the values instilled by the late Sheikh Zayed, who extended his helping hand to the needy anywhere in the world, regardless of nationality, race, colour, or religion,” said Saeed Mohammed Al Tayer, Chairman of the Board of Trustees of Suqia.

“These are the principles that are followed by the wise leadership,” he added.

Suqia supports sustainable development: Water scarcity affects over 40 percent of the world’s population. According to the United Nations World Water Development Report 2019 titled “Leaving no one behind,” three out of ten people do not have access to safe drinking water and over two billion people live in countries experiencing high water stress. Nearly four billion people experience severe water scarcity during at least one month of the year. Water-related diseases remain among the major causes of death in children under five while more than 800 children die every day from diseases linked to poor hygiene.

This affirms Suqia’s important role in providing safe and clean water to communities suffering from water scarcity and pollution.

Local and international initiatives during the Holy Month: During its annual Ramadan campaign, Suqia provides drinking water in mosques and Iftar tents inside and outside the UAE. This, in cooperation with 14 local charities, benefits four million people. For the second consecutive year, the campaign spans 13 different countries around the world. The objectives of this year’s campaign are aligned with the 2019 Year of Tolerance, positioning the UAE as a global model for tolerance.