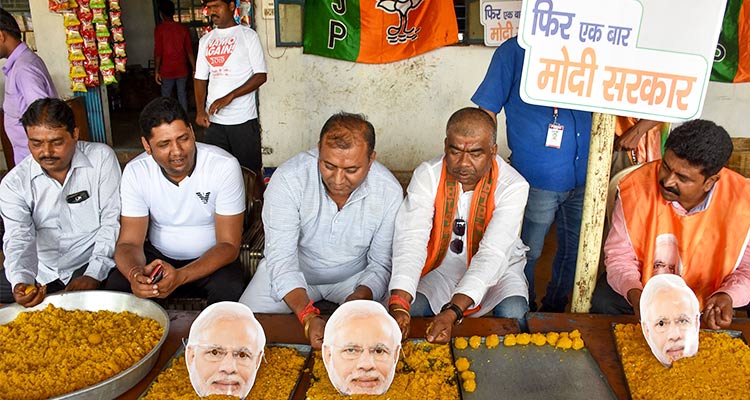 BJP candidates led in 229 of the 405 Lok Sabha seats from where counting trends were available.

Good news for the BJP poured in from almost all parts of the Hindi heartland including Uttar Pradesh, where the SP-BSP alliance was expected to trip its path to victory, and neighbouring Bihar where it is allied with the Janata Dal-United (JD-U) and others.

BJP's Smriti Irani was leading over Congress President Rahul Gandhi in Amethi although the latter was far ahead of his Left rival in Wayanad in Kerala.

Despite losing power last year to the Congress in Rajasthan, Madhya Pradesh and Chhattisgarh, the BJP was on the victory path in most Lok Sabha seats in the three states.