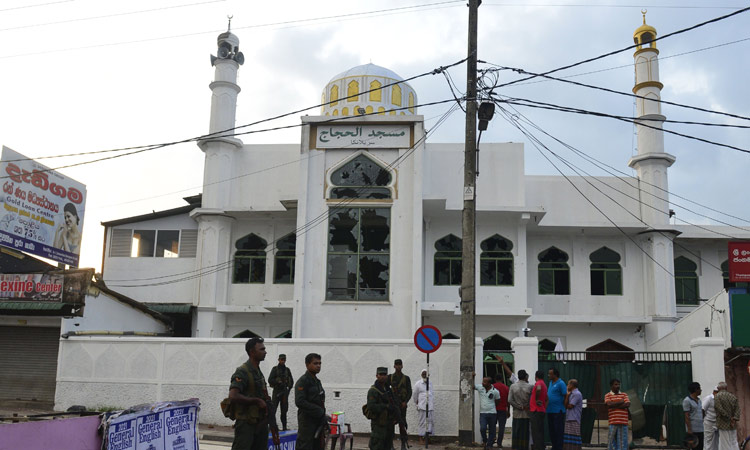 One person was killed in Sri Lanka on Monday as police fired tear gas at mobs attacking mosques and Muslim-owned shops and imposed a curfew after the worst outbreak of sectarian violence since the Easter bombings by militants.

An officer at the Marawila hospital police said a 42-year old man admitted to the hospital with stab wounds had died. A Resident from the area who helped transport the victim to hospital identified him as Mohamed Ameer Mohamed Sally. 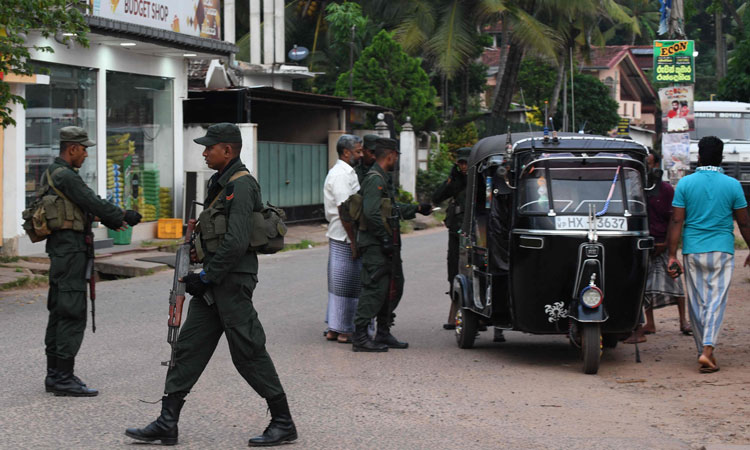 Security personnel inspect a rickshaw at a checkpoint in Minuwangoda. Lakruwan Wanniarachchi/ AFP

Residents in Muslim parts of North Western Province said mobs had attacked mosques and damaged shops and businesses owned by Muslims for a second day.

“There are hundreds of rioters, police and army are just watching. They have burnt our mosques and smashed many shops owned by Muslims,” a resident of Kottampitiya area told Reuters by telephone, asking not to be identified for fear of reprisals.

“When we try to come out of our house, police tell us to stay inside.”

Police imposed a nationwide curfew until from 9pm (1530 GMT) to 4am, spokesman Ruwan Gunasekera said.

“If the racism rises up ... and peace is disturbed the country will be destabilised.

Prime Minister Ranil Wickremesinghe said in a statement that acts of sabotage were hampering an investigation by security forces and warned that “if the racism rises up ... and peace is disturbed the country will be destabilised.”

“The intention of these groups who are causing violence is to cause disruption in public life, and destabilise the country,” he said.

Wickremesinghe said he had given powers to the security forces to take strong action against those disturbing the peace.

Authorities also imposed a temporary ban on social media networks and messaging apps including WhatsApp after a clash in another part of the country was traced to a dispute on Facebook.

A Sri Lankan security personnel looks on at a checkpoint in Colombo. Lakruwan Wanniarachchi/AFP

A police source said police had fired tear gas to disperse mobs in some places in North Western Province.

Muslims make up nearly 10 per cent of Sri Lanka’s 22 million people who are predominantly Sinhalese Buddhists.

A Reuters reporter saw a mob of several dozen young Sinhalese men wielding sticks and rods in what appeared to be a standoff in the town of Madulla in North Western Province.

Many anxious Muslims were hunkering down at home but young men, some of them carrying rods, were still zipping around on motorbikes, despite regional curfews from 2pm before the nationwide curfew was imposed.

Glass was strewn across the Abrar mosque in the town of Kiniyama that was attacked overnight. All the windows and doors of the soft-pink building were smashed and copies of the Koran were thrown onto the floor.

A mosque official said the attacks were triggered when several people, including some Buddhist monks, demanded a search of the main building after soldiers had inspected a 105-acre (43-hectare) lake nearby.

Authorities suspect lakes and wells are being used as hiding places to conceal weapons.

A 34-year-old man who was at the mosque said about 150-200 came towards the mosque with rods and swords on Sunday but the Muslims who were in the mosque persuaded them to go away with the help of the police.

“There are hundreds of rioters, police and army are just watching. They have burnt our mosques and smashed many shops owned by Muslims.

But they came back and this time there were about 1,300 people. The Muslims, huddled in the mosque, asked the police to fire in the air to disperse the mob, but the police said the people wanted to inspect the mosque for weapons.

Then the crowd surged into the mosque and ransacked it, the witness said.

“They destroyed and burned Holy Qurans, broke every glass window and door and urinated on the water storage which Muslims used to take ablution,” he said. 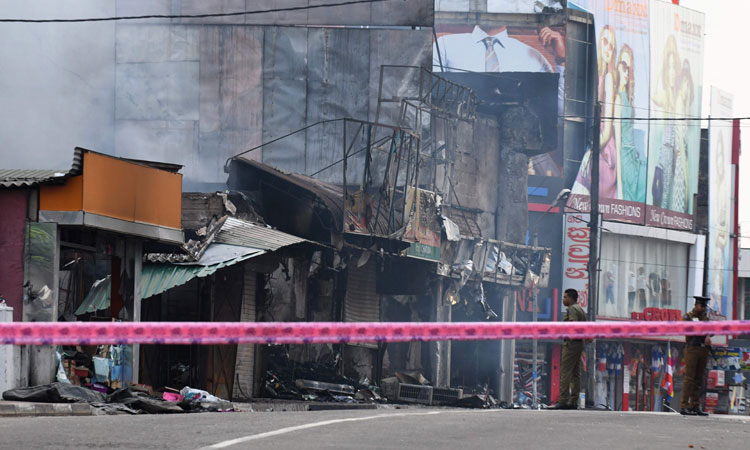 Police spokesman Gunasekera did not respond to a request for comment on the incident. But in an emailed statement he said there had been some damage to property in Hettipola area of Kurunegala district but no injuries reported.

The police source said police also fired in the air the Hettipola area.

Several dozen people threw stones at mosques and Muslim-owned stores and a man was beaten in the Christian-majority town of Chilaw on the west coast on Sunday in the dispute that started on Facebook, police sources and residents told Reuters.

"They destroyed and burned Holy Qurans, broke every glass window and door and urinated on the water storage which Muslims used to take ablution.

Authorities said they arrested the author of a Facebook post, identified as 38-year-old Abdul Hameed Mohamed Hasmar, whose online comment “1 day u will cry” people said was interpreted as threatening violence. 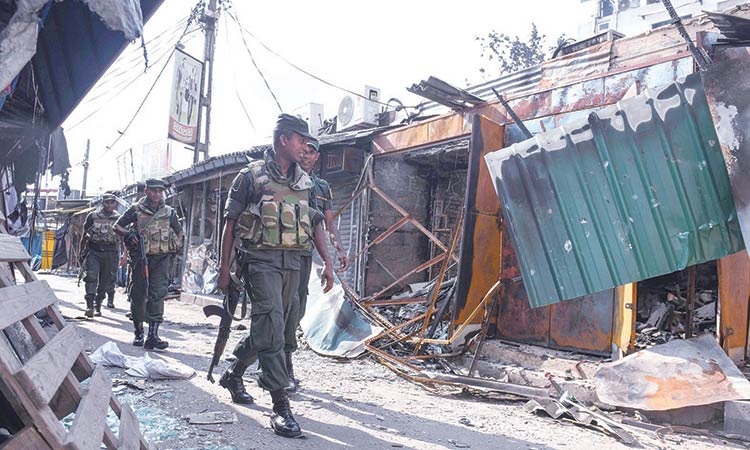 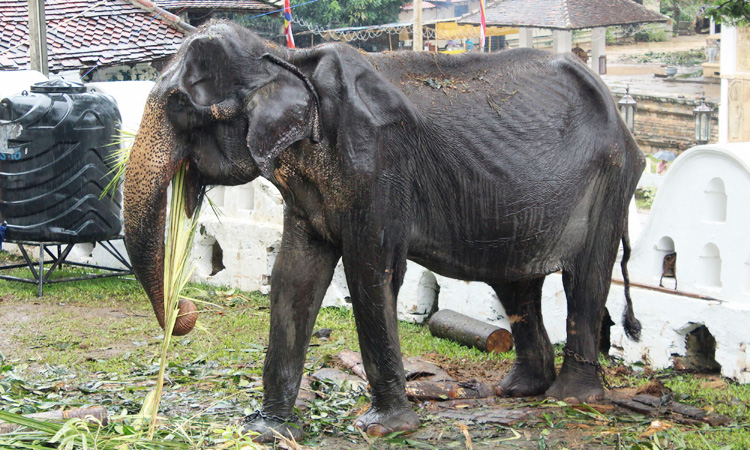