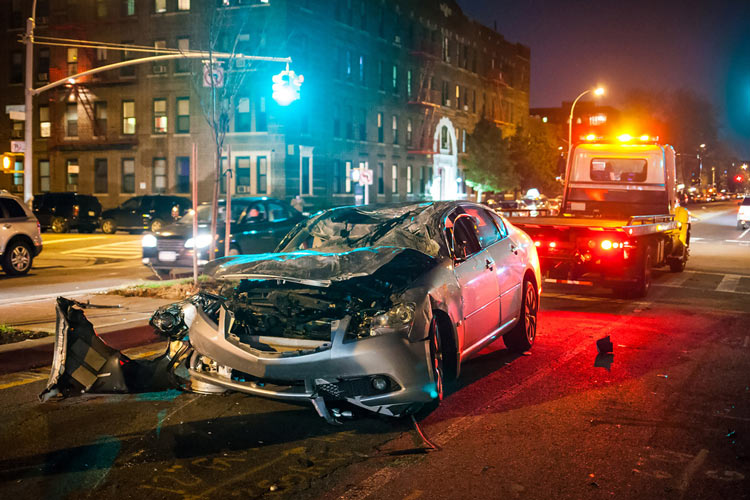 Two Emirati young men died, while a third sustained critical injuries in a mishap that took place on Monday early morning in Sharjah.

In a statement issued by the Sharjah Police, the operations room, at approximately 04:30am on Monday, was alerted about an accident that occurred on the road leading towards Sharjah. The vehicle, which was carrying three citizens who were going to work, swerved and crashed on the concrete barrier on a highway due to overspeeding, a police spokesman said.

The police patrols and the national ambulance crews rushed to the scene, where they tried to save the injured persons and transfer them to the hospital.

However, two of the passengers died at the scene, while the third was transferred to Dhaid hospital.

The Sharjah Police urged the motorists on highways to adhere to the traffic rules, especially the safety belt, speed limits during driving to avoid any such incidents.

Al Shehhi added police patrols and authorities moved to the scene where initial investigations proved the woman was running from an internal road to the highway. She was run over by a vehicle as she entered the highway.