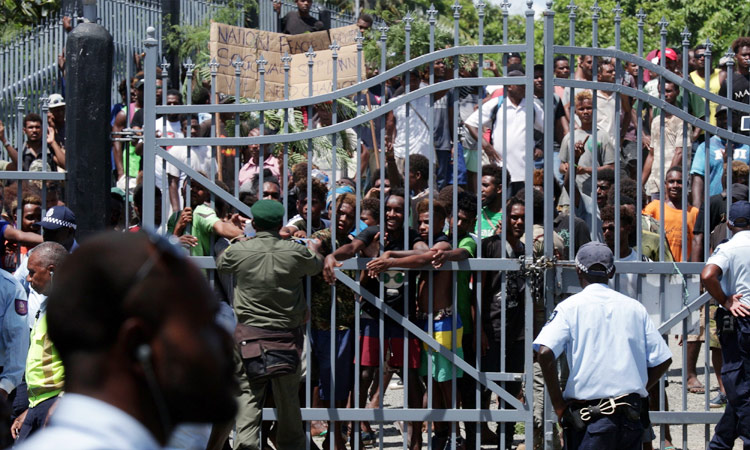 Solomon Islands police were maintaining an uneasy calm in the capital Honiara on Thursday, a day after more than 50 people were arrested in riots following the contested election of prime minister Manasseh Sogavare.

“Our officers were battling a moving, running crowd,” he told reporters Thursday, adding more than 50 people were arrested or detained for offences relating to “riots, rock throwing and other acts of criminal damage.”

After Sogavare won a run-off ballot for prime minister, crowds of protestors trashed businesses in Chinatown before causing “serious and substantial” damage to a hotel and casino, the police commissioner said.

Riot police were deployed with tear gas and used “less lethal rounds” to restore order after a dozen officers and a number of civilians were injured, he added.

The Solomon Islands has often struggled with ethnic tensions and political violence since gaining independence from Britain in 1978.

Varley called for calm and said he expected the tension to ease in the coming days.

Following an inconclusive election earlier this month, Sogavare won the backing of 34 of 50 members of parliament in a controversial run-off, with his opponents boycotting the vote.

It is his fourth time as prime minister. He has been ousted in votes of no confidence in two of his previous terms.

A 2006 election prompted widespread rioting in the capital with shops in Chinatown looted and burnt down, forcing foreign peacekeepers to step in.

Police have urged the public to accept the outcome of the latest poll and let parliament and courts deal with electoral issues.