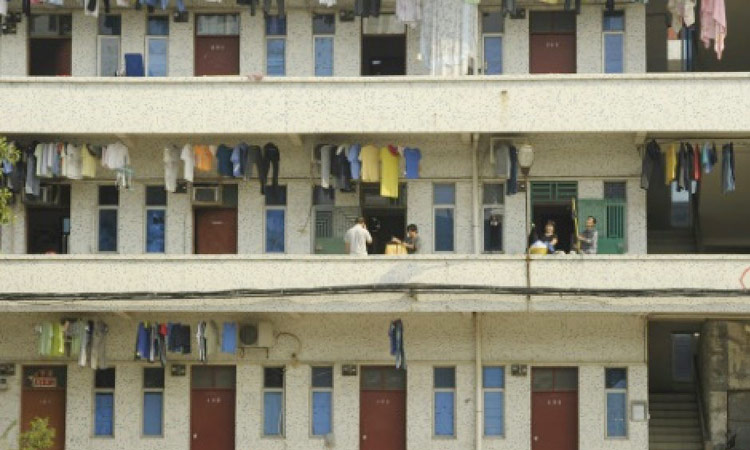 Migrant workers have powered Shenzhen's transformation from a fishing village into a major tech hub. AFP/File

Some 100 Chinese workers suffering from a work-related disease have signed a petition demanding the release of three prominent activists in southern China amid a crackdown on labour activism.

Wei Zhili and Ke Chengbing, editors of a labour rights news site that reported on the workers’ cases, were arrested last month for “picking quarrels and provoking trouble” — a broad charge that Chinese authorities often use to sweep up activists and dissidents.

Yang Zhengjun, editor-in-chief of the iLabour news site, has been in police detention since January.

“They’re not guilty — they have caring hearts and because of that they face pressure from the government,” said Gu Fuxiang, one of the workers who signed the petition.

“I’ve been thinking, this isn’t what my country is about. They should look after us,” he told AFP.

Hundreds of migrant workers, mainly from central Hunan province, protested last year for compensation in Shenzhen after contracting silicosis, a deadly lung disease, when they helped transform the southern city from a fishing village into one of China’s biggest tech hubs.

When workers were ignored by the government and pressured to stop protesting, the three labour activists were there for support, said Gu.

Their petition, which is posted online, urges the Shenzhen police to release the three labour activists and is addressed to the government-controlled All-China Federation of Trade Unions.

“The iLabour editors’ care and support for us, and their kindness and righteousness, is genuine,” read the letter, which was signed and fingerprinted by the workers last week.

Many said they were surprised and confused when they heard news about the arrests.

“I really sympathise with them, I don’t understand why they were arrested for helping us,” said Wang Haijun, another worker who has late-stage silicosis.

Last week, the workers attempted to travel to Shenzhen by train to hand the letter to authorities but were stopped at train stations and prevented from boarding.

Gu said he has had police visits in recent days, noting the sensitivity of the issue.

According to family members of Wei and Ke, citing local police, the two activists were moved on Saturday to “residential surveillance at a designated location” (RSDL), a form of detention that allows authorities to hold people for serious crimes, such as endangering national security.

Authorities “are using RSDL to continue to hold them,” said Wei’s wife Zheng Churan, who is also a prominent feminist activist.

“They’re no longer in police custody and their whereabouts are unknown, so anything can happen to them,” she said. “We are very scared.”

“We have seen some of the reasons for using RSDL, and it’s not appropriate for (Wei and Ke’s) supposed crime,” Zheng added.

Police in Shenzhen did not immediately respond to AFP’s request for comment.

The Chinese government has been tightening its grip on labour activism across the country over the last year.

Factory workers from welding machinery company Jasic Technology and activists were arrested in July after they tried to form their own union.

The following month, a group of student protesters from prestigious Chinese universities supporting their efforts were rounded up. More than 40 people related to the Jasic case remain in detention.

“I think that the Jasic dispute last year made the authorities very nervous because it effectively brought together workers, labour rights groups, Maoist groups and students in a united cause which represented a potential threat to the Communist Party,” said Geoff Crothall, a spokesman for China Labour Bulletin, a Hong Kong-based labour rights group.

“By going after activists, however, they will not stop worker protests,” he told AFP. “These protests will continue for as long as the government allows employers to disregard and violate labour law with impunity.” 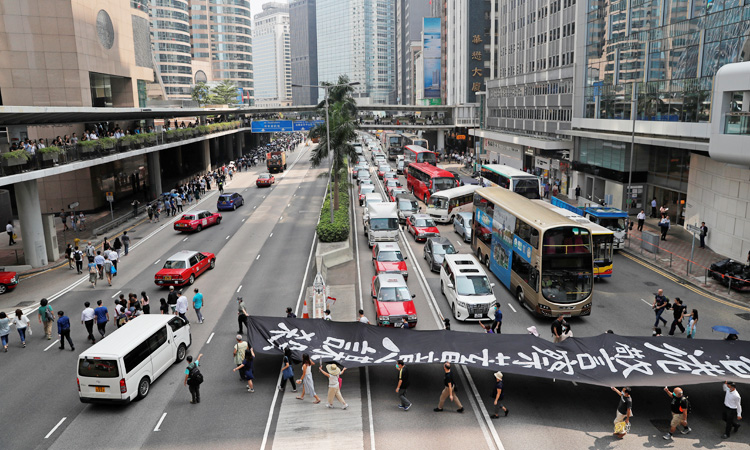 The Chinese embassy in Bangkok has condemned Thai politicians for showing support to Hong Kong activists amid mass anti-Beijing protests, saying that such move could harm the relationship between the two countries.