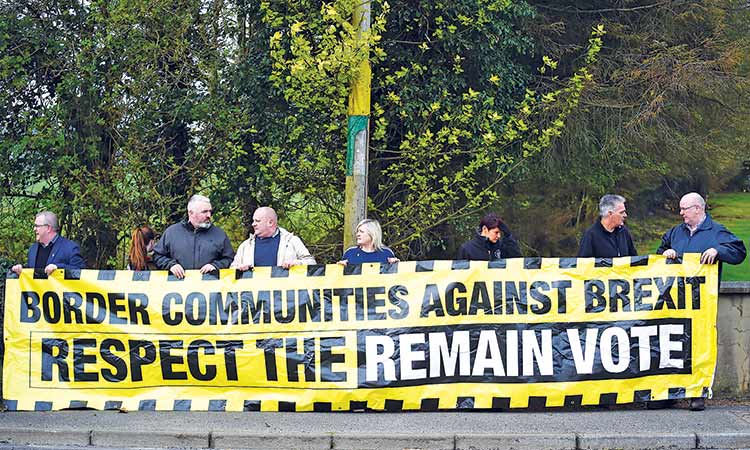 Britain’s participation in European Union (EU) elections next month would not significantly change expectations for a more politically fragmented European Parliament with a marked rise by populists, a closely-watched poll showed on Thursday.

A regular survey published by the European Parliament for the first time included 73 seats for UK MEPs, but the country’s participation, imposed if it is still a member of the EU at the time of the May elections, does not fundamentally change the outlook.

Centre-right parties belonging to the European People’s Party (EPP) and those affiliated to the left Socialist and Democrat Group (S&D) are expected to lose 37 seats each, with 180 elected for the EPP and 149 for the S&D, according to a projection based on surveys conducted in all 28 EU countries.

But in a break with history, the two groups that have dominated the European Parliament for years would lose their ability to pass laws on their own.

Instead, the EPP and S&D will have to deal either with the Alliance of Liberals and Democrats (ALDE) or the Greens.

Centrist ALDE is credited with 76 elected officials, to which it could add 21 French elected officials from Republic on the Move, the party of President Emmanuel Macron. The Greens were given 57 projected MEPs.

Projections confirm the rise of Eurosceptic or Europhobic groups, reinforced by the strong progression to 26 seats of MEPs linked to Italy’s far-right deputy prime minister Matteo Salvini and the 11 seats of German far-right party, Alternative for Germany.

The survey worked under the premise that the next parliament will have 751 seats as at present and not 705 if the UK withdraws, although London still hopes to achieve Brexit and leave without having to take part in the elections.

The latest UK poll by YouGov on Wednesday gave the top spot in Britain to the Brexit Party of Eurosceptic Nigel Farage with 27 percent of the votes, followed by Labour (22 per cent) and Conservatives (15 per cent).

Britain’s archly-eurosceptic UK Independence Party (UKIP) launched its European election campaign on Thursday, claiming to be the “true party” of Brexit despite the launch of a rival group by former leader Nigel Farage. UKIP chief Gerard Batten has been forced to defend the party’s rightwards lurch under his leadership, which has seen it team up with former English Defence League (EDL) leader Tommy Robinson.

Batten said the May 23 vote would “inevitably be a re-run” of the EU referendum, saying that UKIP is the “authentic party of Brexit, the true party of Leave.”

But he is at loggerheads with former UKIP leader Farage, who said the party had been “destroyed” by a “lurch towards extremism.”

Farage’s new group, the Brexit Party, is leading polls for the European elections despite only being launched last week, and has already drained UKIP of support. Batten called for the “unilateral and unconditional withdrawal” from the EU, adding that the party and the referendum result were “not the province of one man.”

The chances that Brexit will be cancelled are now greater than the chances Britain will leave the EU without a deal, according to economists in a Reuters poll, who again pushed back their expectations for when the Bank of England will raise interest rates. In the latest monthly Reuters survey, taken April 12-17, the median probability Britain and the EU will part ways in a disorderly fashion — where no deal is agreed — held steady at the 15 per cent given in March, the lowest since Reuters began asking in July 2017.

Only one of 51 respondents gave a value over 50 per cent.

“Apart from the fact that no-deal Brexit is now less likely, the path ahead is as unclear as ever. A deal (and likely a softer Brexit) still seems more likely than not,” BNP Paribas economists said. “But we are sceptical that this will happen any time soon.”

None of the 75 economists polled expect Bank Rate to be moved from 0.75 per cent when the Bank of England’s Monetary Policy Committee announces its decision next month.

The MPC will publish its quarterly update of economic forecasts the same day.

“Without Brexit uncertainty, the Bank of England might have considered raising interest rates at the May 2 inflation report meeting. With the country still in limbo politically, this is highly unlikely,” said Elizabeth Martins at HSBC.