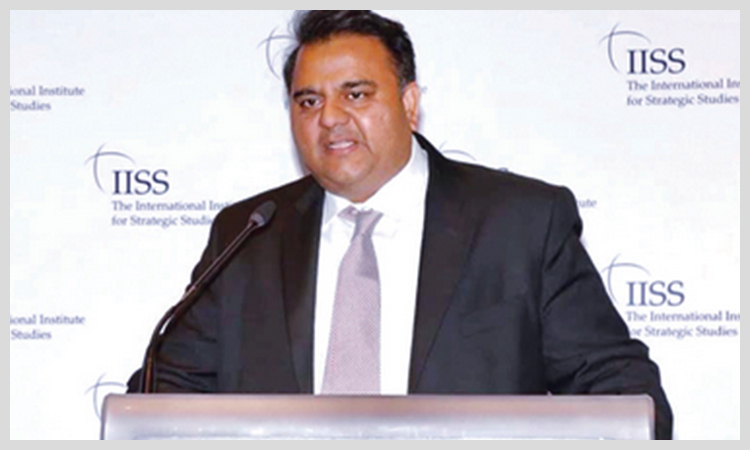 Fawad Chaudhry says many people could not be extradited from EU due to death penalty in Pakistan. File / Agence France-Presse

Tariq Butt
The federal cabinet has approved to amend a law to waive death penalty for the accused persons to be extradited from the European Union (EU) and also given provincial counter terrorism departments (CTDs) the powers to investigate money laundering cases.

The CTDs have been so empowered in a bid to fulfill conditions of the Financial Action Task Force (FATF) that would hold second review of the implementation of its 27-point action plan next month.

The Asia Pacific Group (APG) - a FATF-style regional body - had declared lack of power to probe money laundering cases as a critical deficiency in Pakistani laws.

“In order to remove a hurdle in the way of extradition of politically influential people from the EU, the federal cabinet approved to amend the section 302 of Pakistan Penal Code [PPC] of 1860,” said Information Minister Fawad Chaudhry while briefing the media.

Chaudhry said the EU laws bar extradition of people to the countries that have capital punishment.

“Many people could not be extradited from the EU due to death penalty in Pakistan,” he added.

The section 302 of the PPC says whoever commits premeditated murder shall be punished with death as qisas [retaliation in kind]; punished with death or imprisonment for life as ta’zir [penalty] having regard to the facts and circumstances of the case.

The minister did not clarify whether the government would promulgate a presidential ordinance or present a bill in parliament to amend the PPC of 1860. In case it takes the parliament’s route, it will take months before the amendment is passed.

He said in order to fulfill the FATF requirements, the federal cabinet also approved to give powers to provincial counter terrorism departments to register money laundering cases under the Anti-Money Laundering Act of 2010.

The minister also revealed his government’s intentions to register cases against the members of Sharif family and former president Asif Ali Zaradari.