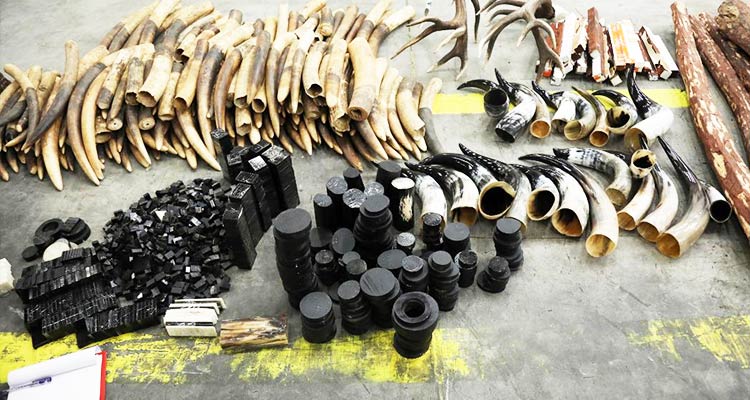 Dubai Police handed over large quantities of ivory and sandalwood to the UAE Ministry of Climate Change and Environment, police revealed on Wednesday.

The move came within the framework of joint cooperation between Dubai Police General Command, represented by the General Department of Airports Security, and the Ministry of Climate Change and Environment.

The 2,272 pieces weighing more than 1,346 kilo grammes included ivory in form of unprocessed elephant horns, cut and polished pieces and others painted with dyes as camouflage and concealment, as well as rhino and gazelle horns. 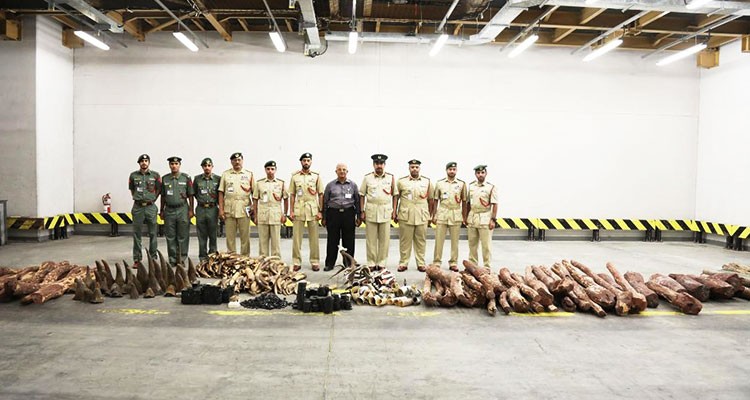 Police also handed over endangered animals as well as a large amount of sandalwood.

Police also handed over endangered animals as well as a large amount of sandalwood that are not traded outside the terms of the agreement. They were seized over the past months in different buildings of Dubai airports.

This came after police intercepted passengers trying to transit with the ivory and other seizures via the Dubai International Airport on their way from African and European countries to the East Asia region where this illegal trade is active.

Al Mazrouei affirmed Dubai Police keenness to combat this illegal trade and work with security agencies in all countries to preserve wildlife and global environmental balance and combat any activity that contravenes channels of preserving them.

“The UAE is committed to implementing local and international policies to protect endangered plants and animals,” he stressed. “The UAE acceded to the CITES Agreement in 1990 and has been active in implementing its terms.”

He explained that the confiscated materials are considered to be non-commercial substances and are listed in Annex 1 of the CITES (Convention on International Trade in Endangered Species of Wild Fauna and Flora) agreement.

He pointed out that administrative authorities and related parties, including Dubai Police, work to enforce the law and prevent the use of state land as a transit area for shipments of illegal materials destined for any region in the world.

“Dubai Police are keen to implement the agreement’s provisions to protect the environment and fight illegal trade in ivory and other banned items,” he stressed and warned smugglers ivory and endangered animals or any of their parts of heavy fines and jail terms according to the UAE law.