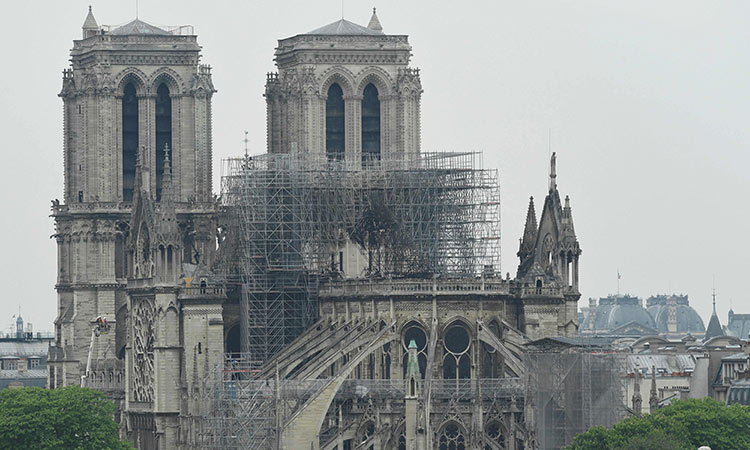 A picture taken on Tuesday shows the scaffold on the roof of Notre-Dame-de-Paris in the aftermath of a fire that devastated the Cathedral. Bertrand Guay / AFP

President Emmanuel Macron has vowed the emblematic monument will be rebuilt after its spire and roof collapsed on Monday night in a blaze thought to be linked to extensive renovation work.

French luxury group Kering, whose brands include Yves Saint Laurent and Gucci, kicked off the campaign late on Monday with a promise of 100 million euros ($113 million).

That was followed on Tuesday by a 200-million-euro pledge from its crosstown rival LVMH and the family of its founder Bernard Arnault.

Pledges were also pouring in from anonymous donors to groups including the privately run French Heritage Foundation, which said it had already secured pledges totalling 1.6 million euros.

On a more modest scale, a fund set up by an "anonymous Parisian" on the Leetchi fundraising platform had topped 20,000 euros at midday Tuesday.

And the Hungarian city of Szeged promised to donate 10,000 euros to the reconstruction effort, in recognition of the help it received from the French capital after a devastating flood in 1879. 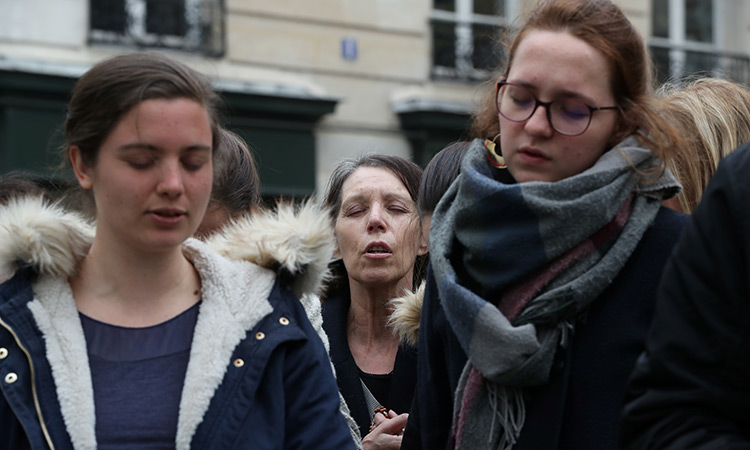 Paris Mayor Anne Hidalgo said on Tuesday that the city would unlock 50 million euros, and proposed holding an international donors' conference in the coming weeks to coordinate the pledges to restore the gothic architectural masterpiece.

Specialised craftsmen and rare materials are also expected to be needed to restore the monument, which welcomes around 13 million visitors each year − an average of more than 35,000 people a day.

The head of a French lumber company told media that he would try to gather the 1,300 oak beams he figures are necessary to rebuild the intricate lattice that supported the now-destroyed roof, known as the "Forest".

But Sylvain Charlois of the Charlois group said finding big enough logs would not be easy, since "there aren't any stocks of cut wood in France available for a project this big." The United Nations' Paris-based cultural agency Unesco has promised to stand "at France's side" to restore the site, which it declared a world heritage site in 1991.

The German and Italian governments have also offered to help in the reconstruction, while Russian President Vladimir Putin offered to send "the best Russian specialists with rich experience in the restoration of national heritage monuments." - Done in years? - The painstaking renovation work is likely to cost hundreds of millions of euros over several years, if not decades, though experts breathed sighs of relief that the damage was not even worse.

The steeple of the gothic edifice had been undergoing an 11-million-euro ($12.4-million) overhaul financed by the French state to repair damage inflicted by time, pollution and the weather.

But it also relies heavily on individual donations for repairs, and a few years ago created a US-registered charity letting American voters deduct gifts from their taxes. 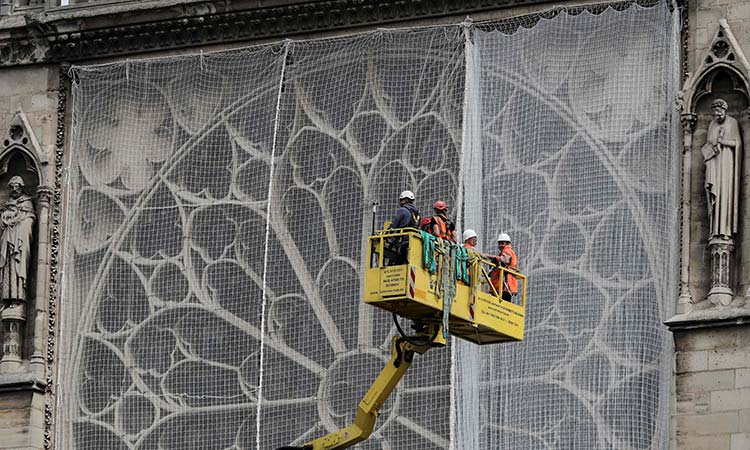