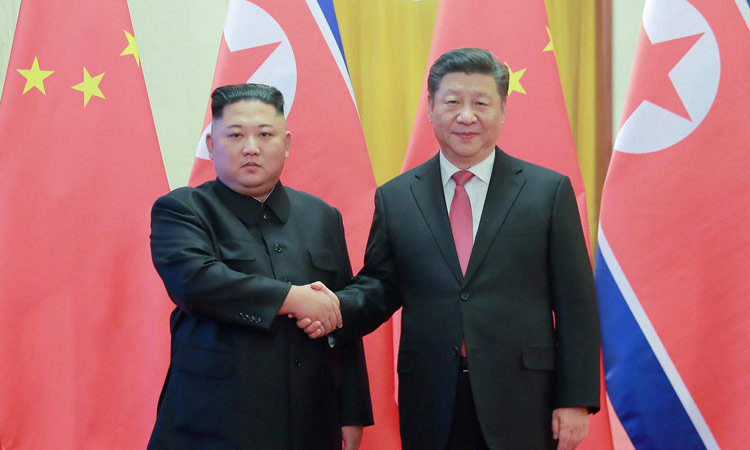 Xi told Kim that China highly values its friendship with North Korea and is willing to push forward the bilateral relations.