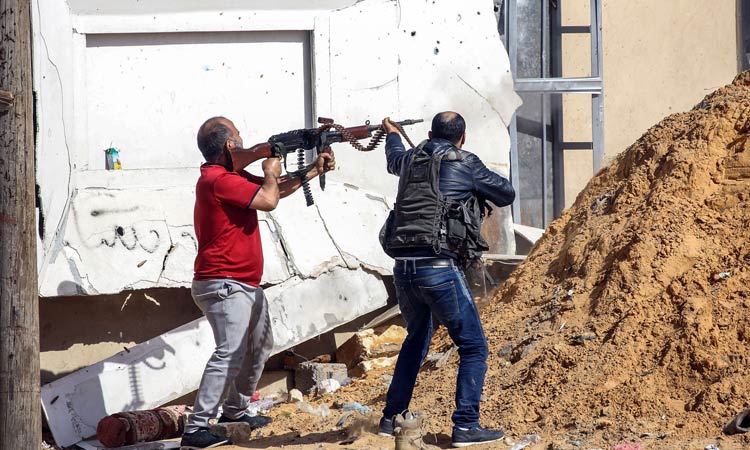 Fighting in Libya's capital has killed 56 people and wounded 266 over the last six days, the World Health Organization said Thursday, as the UN mobilised to support the country's over-stretched hospitals.

"Thousands of people have fled their homes, while others are trapped in conflict areas. Hospitals inside and outside (Tripoli) are receiving daily casualties," the United Nations health agency said in a statement.

WHO added that it has dispatched emergency teams to "frontline hospitals" and is boosting its stocks of medical supplies in areas affected by the fighting.

Military strongman Khalifa Haftar has launched an offensive to take Tripoli from the UN-backed Government of National Accord (GNA), intensifying the crisis in the country riven by divisions since the NATO-backed overthrow of dictator Moamer Kadhafi in 2011.

WHO's representative in Libya, Syed Jaffar Hussain, warned in the statement that an extended conflict and continuing casualties will "drain the area's limited supplies and further damage health infrastructure."

The UN push to support hospitals around Tripoli "is being hampered by continuous shelling and armed clashes, including around heavily populated residential areas."

Particular concern has been raised about the plight facing migrants in Tripoli, many of whom have been detained in appalling conditions while trying to pass through Libya to reach Europe.

The UN refugee agency has already evacuated 150 people from a detention centre affected by the fighting and warned that others may need to be moved.

The WHO said that providing care to migrants was proving difficult amid the unrest.