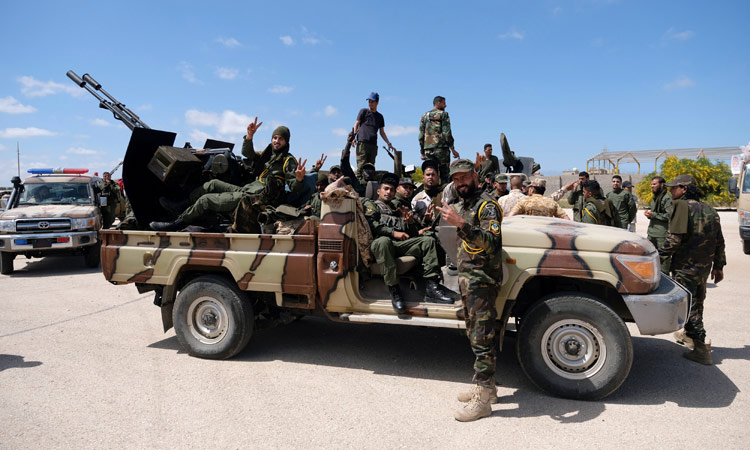 At least 32 people have been killed and around 50 wounded in fighting with strongman Khalifa Haftar's troops near Tripoli, the UN-backed government said.

Health minister A'hmid Omar gave the updated death toll in an interview with Libya's Al-Ahrar television station late Sunday. Haftar's forces have so far said 14 of their fighters have died.

Meanwhile, the US on Sunday appealed for an "immediate halt" to a military offensive by Libyan strongman Khalifa Haftar, as fighting raged near Tripoli despite a UN call for a ceasefire. 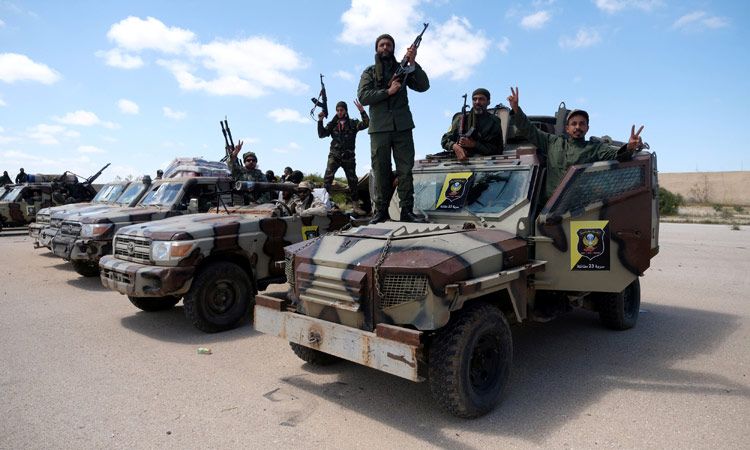 The unity government said the fighting had killed 21 people, while the United Nations said there had been "no truce" despite calls for a two-hour pause in fighting for civilians and the wounded to flee.

Oil-rich Libya has been riven by chaos since the NATO-backed uprising in 2011 that killed dictator Moamer Qadhafi, as rival administrations and armed groups have battled for power.

"We have made clear that we oppose the military offensive by Khalifa Haftar's forces and urge the immediate halt to these military operations against the Libyan capital.

Haftar's offensive has threatened to plunge the country into a full-blown civil war and once again derail tentative diplomatic efforts to find a solution to Libya's woes.

"We have made clear that we oppose the military offensive by Khalifa Haftar's forces and urge the immediate halt to these military operations against the Libyan capital," Secretary of State Mike Pompeo said late Sunday.

"This unilateral military campaign against Tripoli is endangering civilians and undermining prospects for a better future for all Libyans," he added.

Pompeo stressed that there is "no military solution to the Libya conflict," and urged all parties to return to "political negotiations" mediated by the UN.

People move around the landing area as a US amphibious hovercraft (right) prepares to depart with evacuees from Janzur, west of Tripoli, Libya, on Sunday.

A US amphibious hovercraft departs with evacuees from Janzur, west of Tripoli, Libya, on Sunday.

A member of Libyan National Army holds his weapon as he heads out of Benghazi to reinforce the troops advancing to Tripoli on Sunday. Esam Omran Al-Fetori/Reuters

As the clashes raged in the rural area of Wadi Raba and the destroyed international airport south of the capital, a spokesman for pro-GNA forces announced a counteroffensive.

Colonel Mohamed Gnounou told reporters on Sunday forces had launched operation "Volcano of Anger" aimed at "purging all Libyan cities of aggressor and illegitimate forces", in reference to Haftar's fighters.

The LNA said it had carried out its first air raid on a Tripoli suburb, defying international calls for a ceasefire.

The unity government's health ministry said Sunday at least 21 people had been killed and 27 wounded since the fighting began, without specifying whether civilians were among the dead.

"To date, Haftar's operation has mostly failed to go according to plan, and it has now galvanised western Libyan forces against him.

Haftar's force said Saturday that 14 of its personnel had been killed, while the Libyan Red Crescent reported the death of one of its doctors.

Emergency services spokesman Oussama Ali said rescuers "have not been able to enter" the battle zones.

The UN's Libya mission UNSMIL said it was "still hoping for a positive response" to its earlier call for a pause, after a two-hour window it had set for a humanitarian truce passed with no apparent let-up in the fighting.

UN Security Council on Friday called on Haftar's forces to halt their advance, warning it would further destabilise Libya.

But on Sunday Russia blocked proposals for the council to adopt a formal statement, diplomats said, instead insisting that all Libyan forces be urged to stop fighting.

Moscow is a key supporter of Haftar, along with Egypt and the United Arab Emirates.

The US military said Sunday it had temporarily pulled an unspecified number of its troops out of Libya "in response to security conditions on the ground".

Analysts say Haftar has been buoyed by a series of successful operations that have brought all of the east and much of southern Libya under his control. 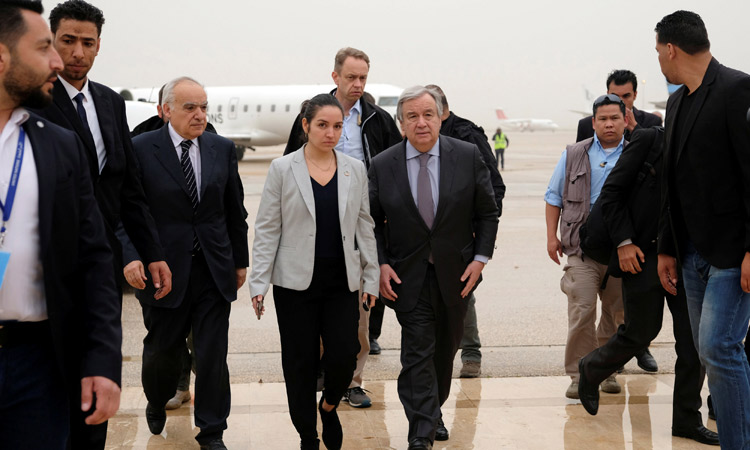 A field marshal who served under Kadhafi and now backs an administration in eastern Libya opposed to the GNA, Haftar was counting on a swift battle to capture Tripoli.

But some experts say he miscalculated.

"To date, Haftar's operation has mostly failed to go according to plan, and it has now galvanised western Libyan forces against him," said analyst Wolfram Lacher.

"He now faces the prospect of a protracted war south of Tripoli, or of a decisive defeat," said Lacher, a researcher with the German Institute for International and Security Affairs.

Haftar's offensive came as UN chief Antonio Guterres visited Libya on Thursday, ahead of a planned UN-backed conference aimed at uniting Libya's rivals and paving the way for elections.

Envoy Ghassan Salame has insisted the UN was "determined" to go ahead with the April 14-16 conference.