Ghosn’s lawyers ask his trial be separate from those of Nissan, ex-director Kelly - GulfToday

Ghosn’s lawyers ask his trial be separate from those of Nissan, ex-director Kelly 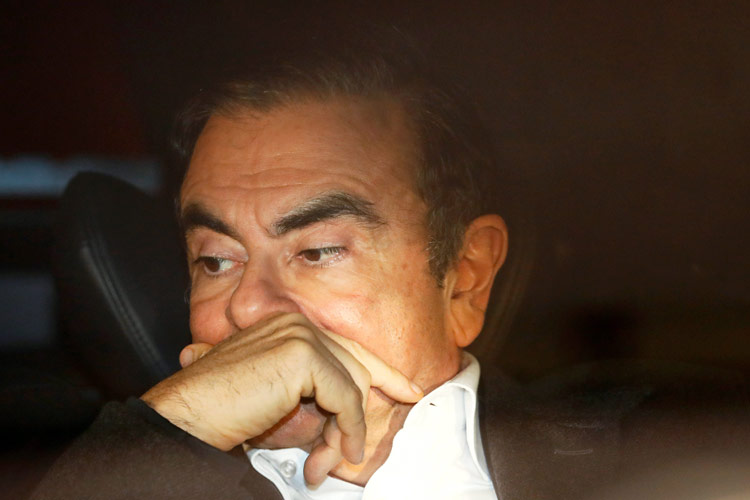 Ghosn sits inside a car as he leaves his lawyer's office after being released on bail from Tokyo Detention House, in Tokyo. File photo/ Reuters

TOKYO: Lawyers for former Nissan Motor Chairman Carlos Ghosn said on Tuesday they asked a Tokyo court that he stand trial for alleged financial wrongdoing separately from Nissan because the company is helping prosecutors.

Ghosn was arrested in Tokyo in November after Nissan told prosecutors its own internal investigation uncovered evidence of serious wrongdoing by him. The Japanese automaker subsequently ousted Ghosn as chairman.

He faces criminal charges in Japan over failing to report around $82 million in salary from Nissan, and for temporarily transferring personal financial losses onto Nissan’s books during the global financial crisis.

Along with Ghosn and Greg Kelly, a close Ghosn associate who served as a director on Nissan’s board, prosecutors have also indicted the company itself for making false disclosures in annual securities reports, for which it has expressed regret.

In a statement on Tuesday, Ghosn’s lawyers also asked that he stand trial separately from Kelly, who was charged with conspiring to under-report Ghosn’s income. Both Ghosn and Kelly have denied the charges.