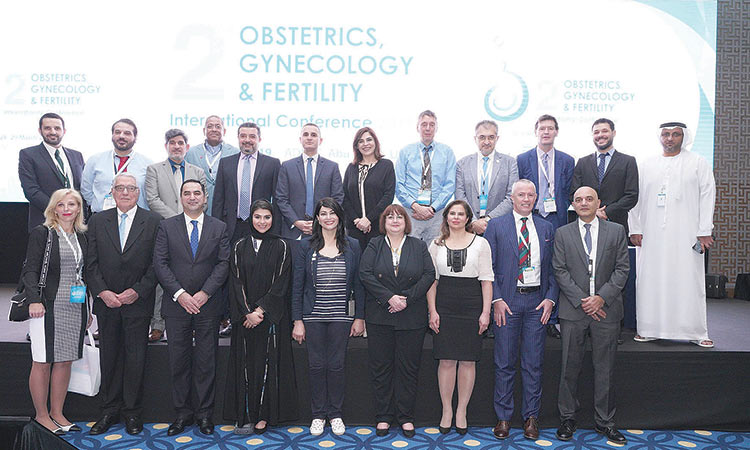 The two-day medical conference was organised at the Abu Dhabi National Exhibition Centre.

ABU DHABI: The 2nd International Obstetrics, Gynaecology and Fertility Conference sought on its last day on Friday to train physicians to provide accurate reading and interpretation of foetus ultrasound imaging (sonography) during pregnancy and to refer the patient to foetal medicine specialists in a timely manner.

Dr Sadoon Sami Sadoon, Chairperson of the Conference, Obstetrics and Gynaecology Consultant and Medical Director of Danat Al Emarat Hospital for Women and Children in Abu Dhabi, said that the conference showed the importance of limiting caesarean sections and not to use it unless medically required, utilising all possible opportunities for a normal delivery, taking into consideration the safety of the foetus and the mother.

Dr. Sadoon also stated that one of the conference recommendations is to avoid pregnancy for 18 to 24 months after a caesarean section to avoid complications such as Caesarean Scar Ectopic Pregnancy or miscarriages.

Dr. Walid Sayed, Fertility and Reproductive Endocrinology Consultant and Group Medical Director at HealthPlus Fertility Centers in Abu Dhabi and Dubai, said “The new technologies during the past few years have increased the success rates of fertility treatment cycles and increased the pregnancy rates for hundreds of cases that were trying to conceive for many years. We are proud that fertility treatments are being spearheaded in the UAE, and such technologies are being adopted successfully locally at HealthPlus Fertility Centers.” Dr. Patrick O’Brien, Consultant and Honorary Senior Lecturer in Obstetrics and Gynaecology at the University College London Hospitals in London, revealed that caesarean section rate is rising steadily in almost every country in the world, reaching as high as 1 in 3 of all births in many developed countries. There are many reasons for this including rising levels of obesity, older women having babies, more women choosing to have a caesarean, and also fear of litigation.

In his scientific lecture, Dr. O’Brien said that labour is a time of risk for any baby. “We currently monitor the baby’s heart rate during labour (the CTG monitor), watching for any signs that the baby is becoming short of oxygen.”