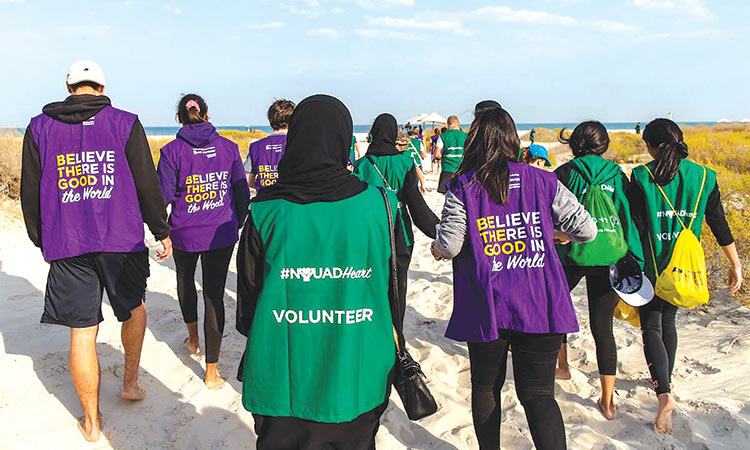 Armstrong has positive news to share for all existing and new turtle patrollers, as she has recently already found the first turtle  nest of the season. Armstrong said: “The critically endangered Hawksbill Turtle is the original resident of Saadiyat Island, and adult females still return to the Saadiyat beach to lay their eggs over the summer months.

“Turtle Patrol is a voluntary initiative  where the local community can engage with sea turtle research and learn about the nesting Hawksbill turtle population. Through early morning patrols, we check the beaches every morning, searching for evidence of turtle activity from the night before - maybe  tracks, and if we are lucky a nest! With so much development in the UAE, it is important to give time to monitoring and preserving the natural ecosystem, and in a protected area such as Saadiyat Island it feels even more relevant.

“To come across tracks and  a nest at sunrise is a truly rewarding moment that make those early-morning alarms all worthwhile - join us for a patrol and feel it for yourself!”

The Hawksbill Sea Turtle’s global population has declined by 80 percent over the past century. One of their major nesting sites, predominantly  during the spring and summer season, is situated on the shores of the UAE.

The Turtle Patrol invites all members of the local community to get involved in local wildlife conservation. Participants will take  part in daily beach patrols during the Hawksbill Sea Turtle nesting season from March to August. Beach patrollers will be searching for signs of turtle activity, as all nests and movements need to be recorded, protected, and occasionally relocated.