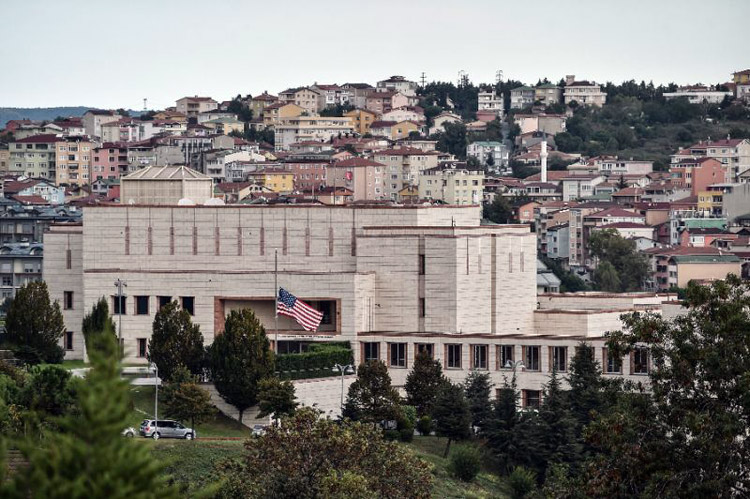 The dispute over the local staffer from the US consulate in Istanbul is one source of friction between the US and its NATO ally Turkey. File photo/ AFP

ISTANBUL: A Turkish court on Tuesday starts the trial of a US consulate staffer accused of spying and attempting to overthrow the government in one of several cases fuelling tensions between the United States and its NATO ally.

Metin Topuz, a Turkish citizen and liaison with the US Drug Enforcement Administration, was arrested in 2017 and has been accused of ties to US-based preacher Fethullah Gulen who Ankara says ordered a failed 2016 coup.

The trial begins as relations between the United States and Turkey have worsened with disagreements over Syria’s war, Turkey’s purchase of Russian missiles and the US refusal to extradite Gulen.

The first hearing of Topuz’s trial in Caglayan court in Istanbul is expected to last three days. He faces life in jail if found guilty of spying and plotting to overthrow the government.

The US embassy has called the accusations “wholly without merit.”

US officials say freeing “unjustly detained” Turkish nationals on their staff is a priority, as is the case of NASA scientist Serkan Golge, a dual US-Turkish national jailed on terror charges.

A judge in January convicted Hamza Ulucay, a former local employee of the US consulate in Adana, southern Turkey, of helping outlawed Kurdish militants. He was released for time already served.

Topuz was formally charged in January. He is accused of contact with police officers and a former prosecutor suspected of links to the Gulen movement, according to Anadolu state news agency.

His initial arrest in 2017 triggered a diplomatic crisis with both Turkey and the US suspending visa services, until they stepped back.

“This has been a big deal in the Turkish-US relations, but Americans have reversed course from an earlier decision to impose visa bans and have decided to pursue a quiet diplomacy,” said Asli Aydintasbas, a fellow with the European Council on Foreign Relations.

Since the failed 2016 coup against Erdogan, tens of thousands of people have been detained over suspected links to Gulen and more than 100,000 people have been sacked or suspended from public sector jobs. Gulen denies the coup accusations.

Ankara has been criticised by its Western allies and human rights activists over the crackdown they say has undermined democracy. But Turkish officials say the raids are needed to clear Gulen’s influence from state institutions.

US relations with Turkey plummeted to a low last year over detained US pastor Andrew Brunson, triggering tit-for-tat sanctions that hit the local lira currency.

Brunson was released in October last year and relations improved.

But Erdogan’s decision to buy S-400 missile systems from Russia has provoked warnings from Washington that the deal may impact its sale of US-made F-35 fighter jets to Turkey and trigger more sanctions.

Turkey’s push to buy the systems has raised questions among NATO allies over alliance equipment as well as concerns over the relationship between Erdogan and Russian President Vladimir Putin.

Ties were already been strained over US support of Kurdish forces in Syria, which Ankara brands as a terrorist group tied to PKK Kurdish militants fighting an insurgency against the Turkish state. 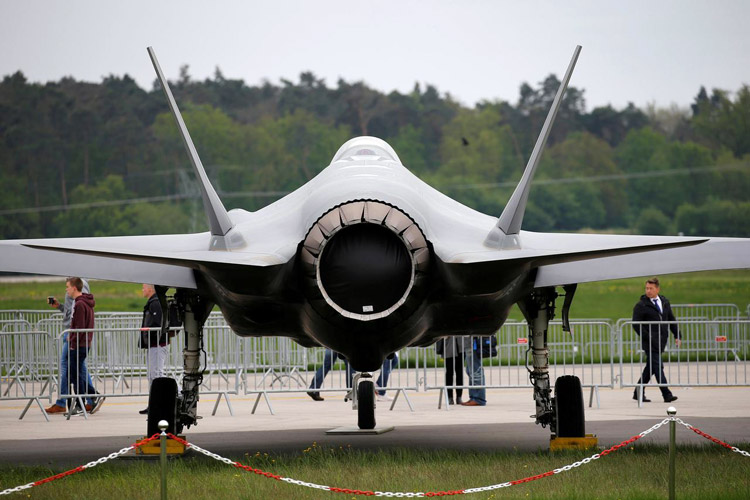 US may soon pause preparations for delivering F-35s to Turkey

The United States could soon freeze preparations for delivering F-35 fighter jets to Turkey, officials told Reuters, in what would be the strongest signal yet by Washington that Ankara cannot have both the advanced aircraft and Russia’s S-400 air defense system.