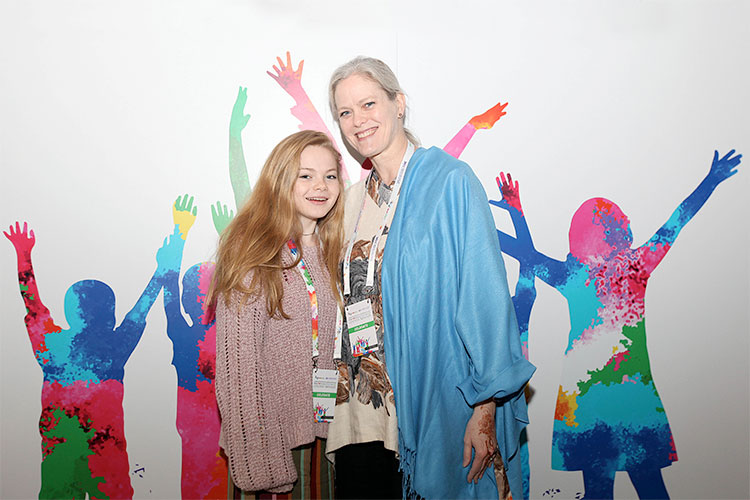 DUBAI: A visiting mother from the US and a participant at the March 25 to 26 “Global Non-Communicable Diseases (NCDs) Forum on Children and Youth” on Monday expressed her wish to have more children’s doctors as a solution against the rising number of NCDs in newborns, adolescents and young adults.

“With all the diseases coming in, the auto-immune diseases and we do not know why this has been happening, yes, I do believe and I say we are in need of more pediatricians (nowadays),” Julia Marciari-Alexander told Gulf Today.

Alexander gave her views based on the experiences of her daughter, Beatrice Marciari, who has been battling psoriatric arthritis for two years.

The 15-year-old Marciari is among the youth delegates at the forum.

Another 28-year-old youth delegate, Victoria Watson from Washington, D.C. who has survived peripheral nerve cancer was only diagnosed after numerous laboratory tests in her early teens in Canada.

Alexander explained the need for more pediatricians and pediatrician specialists claiming that in the US alone, 300,000 have been diagnosed with the crippling psoriatic arthritis vis-à-vis 200 pediatricians with subspecialties in rheumatology.

Marciari who has been in medication (with approval from the US health authorities since the prescribed drug should not be taken by the under 18 age group) rejoined: “In Baltimore, we only have two.” Alexander added: “The doctors we have in the US are (concentrated) in the urban areas. But how about those, and there may be more un-diagnosed of psoriatic arthritis, in the rural areas like Alabama and Mississippi.”

The mother also expressed her concern for those with low to middle income countries which, according to NCD Child Alliance chairperson Dr. Mychelle Farmer, a pediatrician, where most children seriously afflicted with and die due to NCDs come from. “We are in the First World and we still lack doctors. How can those in other countries (now cope),” said Alexander.

In the plenary session “NCDs are a Family Affair,” Watson recollected that one of the reasons for the very late diagnosis on her huge cyst was that the hospitals they went to refused to render them services: “Family was only complaining of a cyst on one of my hands and the hospital people were worried of the government cost.”