10 children killed by US air strike in Afghanistan, says UN 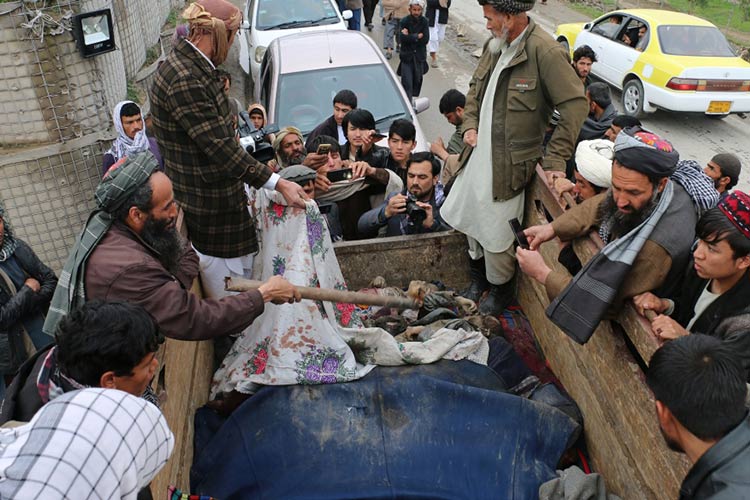 Afghan men uncover the bodies of young children laying in the back of a truck, after being killed in an air strike in Kunduz Province on Saturday. Bashir Khan Safi / AFP

KABUL: Ten children, part of the same extended family, were killed by a US air strike in Afghanistan, along with three adult civilians, the United Nations said on Monday.

The air strike early on Saturday was part of a battle between the Taliban and combined Afghan and US forces that lasted about 30 hours in Kunduz, a northern province where the Taliban insurgency is strong.

The children and their family had been displaced by fighting elsewhere in the country, the UN Assistance Mission in Afghanistan (UNAMA) said, releasing its preliminary findings about the incident. UNAMA said in a statement that it is verifying that all 13 civilian casualties occurred around the time of the air strike.

Three other civilians were wounded. The incident happened in the Telawka neighbourhood near Kunduz city.

Sgt. Debra Richardson, spokeswoman for the Nato-led Resolute Support mission in Afghanistan, confirmed that US forces carried out an air strike, but she said on Monday that the mission still had not confirmed that it had caused civilian casualties.

She said the mission aims to prevent civilian casualties, while the Taliban intentionally hides among civilians. 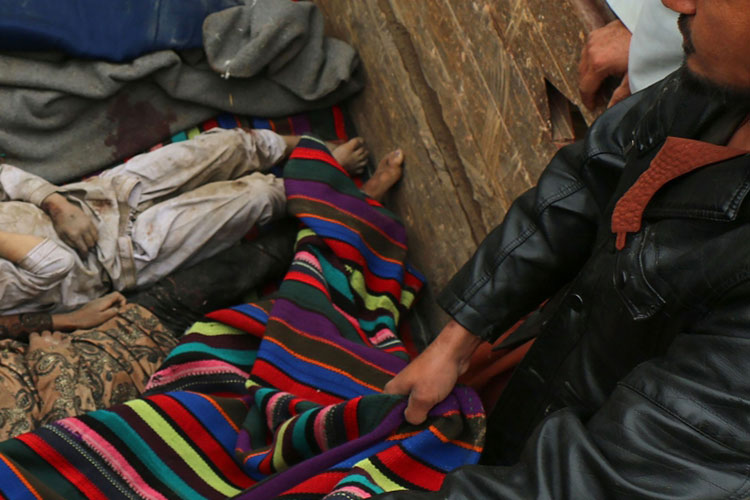 Afghan men uncover the bodies of young children laying in the back of a truck, after being killed in an air strike in Kunduz Province on Saturday.  Bashir Khan Safi / AFP

A record number of Afghan civilians were killed last year as aerial attacks and suicide bombings increased, the United Nations said in a February report. Child casualties from air strikes have increased every year since 2014.

Fighting has accelerated during a period of recurring talks between U.S. and Taliban officials aimed at ending Afghanistan's 17-year war.