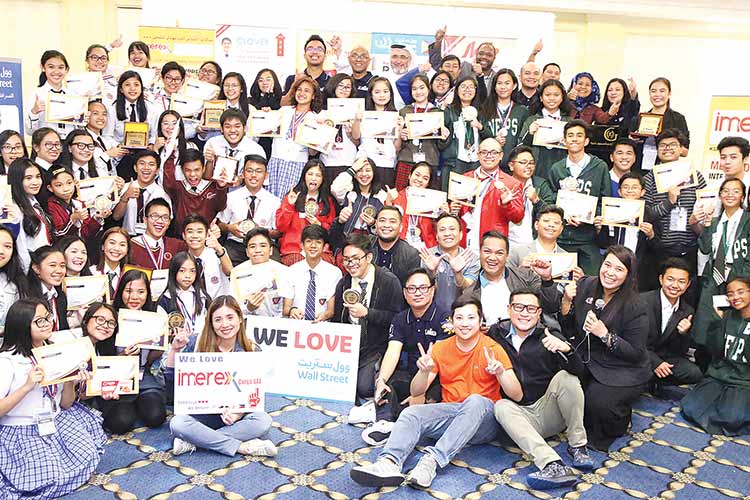 DUBAI: Two hundred fifty elementary and secondary students from six Philippine schools from Abu Dhabi, Dubai and Sharjah on Saturday competed in 10 categories of an annual inter-school journalism competitions now being conducted for the seventh time.

Except for the senior high school graduating participants, at least 35 of the 50 winners of the “Kabayan Weekly Philippine Inter-School Journalism Workshops and Competitions” have the opportunity to represent the UAE at the 2020 edition of the Philippines’ National Schools Press Conference.

The Philippines’ National Schools Press Conference is an annual four-to-seven-day event under the support of the Department of Education.

Rooted in November 1931, it is a result of Manila’s Republic Act 7071 or the Campus Journalism Act of 1991 wherein the crème dela crème from among the elementary and secondary campus journalists or the regional winners from the province-wide division competitions—there are 81 provinces in the Philippines—gather at a chosen location in the Philippines to compete in all areas of journalism and the newspaper industry. The campus journalists work on a chosen theme such as in the Feb.2019 edition: “Fostering 21st Century Skills and Character-Based Education through Campus Journalism,” anchored on the pervasiveness of fake news.

Manila’s Education Secretary Leonor Briones was in the UAE and met teachers from various Philippine schools in Dubai and Sharjah on Friday.

That was when the competitions organisers and Consul General Paul Raymund Cortes brought up the idea of having a UAE contingent to the top caliber nationwide inter-school competitions.

Source said Briones very much welcomed the idea and awaits an official correspondence for the interest.

Cortes announced this development before the competition participants on Saturday who also had their supportive parents with them, aside from their respective school officials and mentors.

It was Filipino journalists from major newspapers in the UAE that served as resource speakers in newswriting and feature writing that were visibly excited for having a UAE contingent to the competitions. One was a participant in her “high school days.”

The 250 participants of the one-day journalism and workshops—segregated between the elementary and secondary divisions.