RAK rescues 7 Europeans after boat breaks down in rough seas 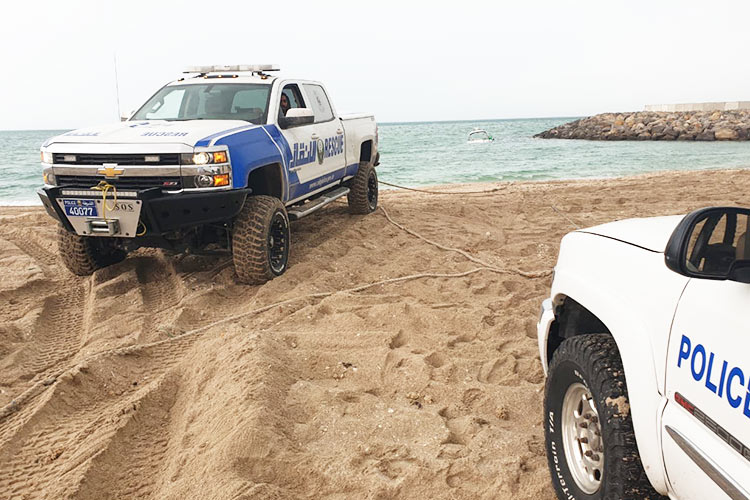 The tourists thanked the rescue teams for their invaluable efforts.

RAS AL KHAIMAH: The rescue teams in the emirate of Ras Al Khaimah have rescued seven tourists after their boat had broken down near Arab Port in the emirate on Friday evening.

Brig. Abdullah Khamis Al-Hadidi, Acting Commander-in-Chief of RAK Police, praised the efforts of the ambulance and rescue teams, the police patrols, the Coast Guard Group of the Second Squadron and the National Ambulance to rescue the tourists, whose boat reportedly broke down as result of the high waves and bad weather.

Director General of the Central Operations Unit at RAK Police Brig. Mohamed Saeed Al Humaidi said the Unit was alerted about the incident at 7.30 pm on Friday. Immediately, the competent teams were dispatched to the boat which had been spotted off close to the Arab Port, he said.

“The boat which broke down was amid a rough sea carrying seven European tourists ranging between 30-40, who were on a maritime tour,” he added.

"The team was able to rescue the tourists and provide first aid for them on the spot by the National Ambulance. They were all well, but sustained only some minor scratches. 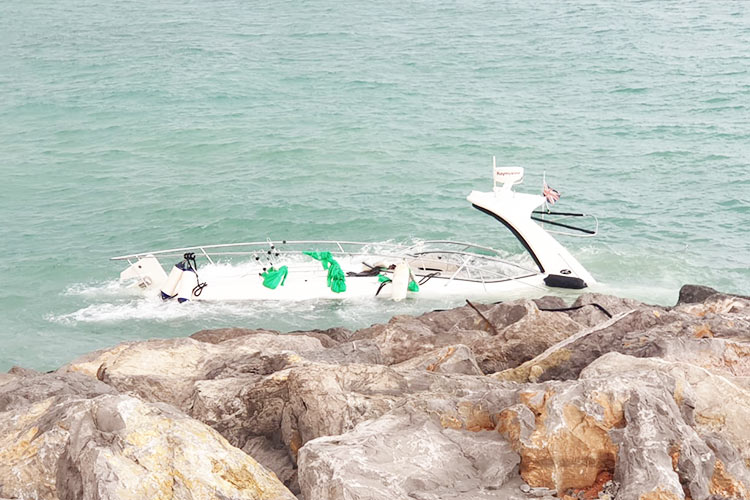 The boat broke down in turbulent waters.

Meanwhile, the Coast Guard Group rescued one of tourists who fell from the boat as result of the waves. She was provided with first aid by the medical team of the National Ambulance until she was stable and well.

He continued, “The mission was hard and required great efforts, because of the bad weather conditions and high waves. Thankfully, the teams efficiently dealt with the situation, stressing their constant readiness and their professionalism responding in time under any circumstances.”

He called on tourists and seafarers not to venture into the sea during bad weather, emphasising the need to notify the concerned authorities before making any maritime tour for their safety.

The tourists, after the rescue, expressed their great pleasure in the care they received from all the competent teams, which contributed to their rescue efficiently and quickly. They thanked them appreciating their invaluable efforts.