Mosques should be safe havens, not sites of terror: UN Secretary-General - GulfToday

Mosques should be safe havens, not sites of terror: UN Secretary-General 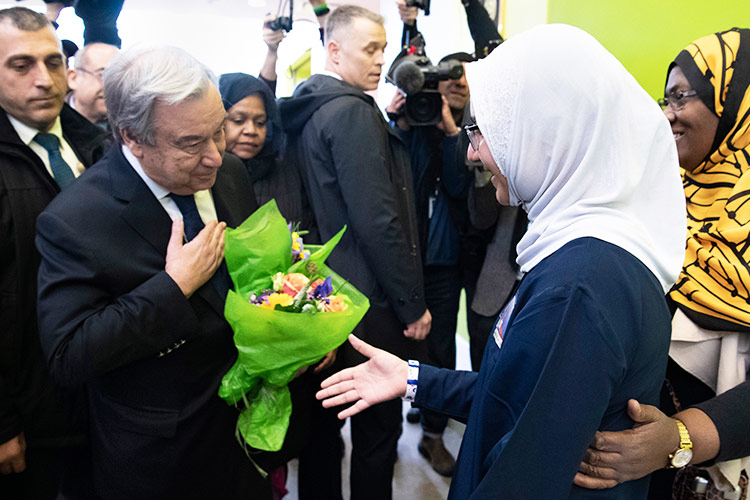 U.N. Secretary General Antonio Guterres left, accepts a bouquet of flowers during his visit to the Islamic Cultural Centre of New York.

NEW YORK: In the wake of the terrorist attacks on two New Zealand mosques, UN Secretary-General Antonio Guterres has announced his intention to launch a UN action plan for the safeguarding of religious sites, declaring that "mosques and all places of prayer and contemplation should be safe havens, not sites of terror."

Guterres was addressing representatives of the press at the Islamic Cultural Centre of New York, to show his solidarity with the worldwide Muslim community, a week after the murder of some 50 Muslim worshippers by a gunman in Christchurch, New Zealand, on 15th March.

The UN chief spoke, with a "heavy and full heart," of the grief and sympathy felt for the families of the victims, and the moving displays of "leadership, love and community from the people of New Zealand."


"Around the world, we have seen ever-rising anti-Muslim hatred, anti-Semitism, hate speech and bigotry. The cancer is spreading. It is our duty to find the cure.

Although the attack was "utterly appalling," he said that it was not utterly surprising, because "around the world, we have seen ever-rising anti-Muslim hatred, anti-Semitism, hate speech and bigotry."

Reminding the press that he has repeatedly warned about these dangers, Guterres said that hate speech is "spreading like wildfire," whether via social media or public discourse, with many political movements admitting neo-Nazi affiliation. He described the phenomenon as "a cancer," and declared that "it is our duty to find the cure." 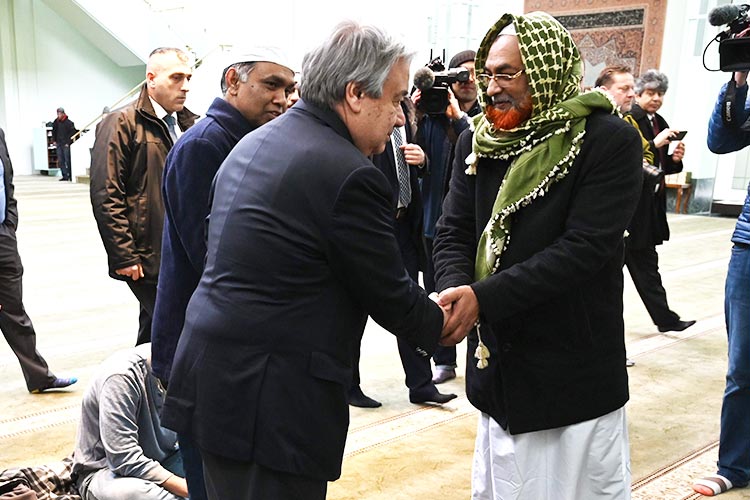 United Nations Secretary-General makes remarks on the New Zealand attack and the need to address Islamophobia.

Mr. Guterres called for a reaffirmation of the sanctity of all places of worship and "the safety of all worshippers who visit revered sites in a spirit of compassion and tolerance. People everywhere must be allowed to observe and practice their faith in peace."

The Secretary-General announced that he has asked the High Representative for the United Nations Alliance of Civilisations, Miguel Moratinos, to develop an Action Plan for the UN to be fully engaged in support of safeguarding religious sites. The Alliance, he said, will reach out to governments, faith-based organisations and religious leaders to explore ways to prevent attacks and guarantee the sanctity of religious sites.

"You are not alone," Guterres promised the Muslim community, and all others feeling targeted. "The world is with you. The United Nations is with you. I am with you."