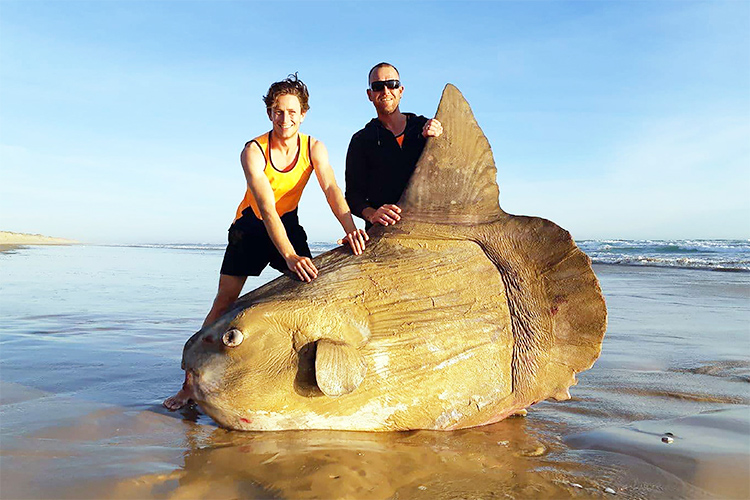 The 1.8 metre (six feet) specimen is believed to be a Mola Mola, or ocean sunfish.

SYDNEY: A boulder-sized fish of a kind known to "sink yachts" has washed up on an Australian beach.

The 1.8 metre (six feet) specimen -- believed to be a Mola Mola, or ocean sunfish -- came ashore near the mouth of the Murray River in South Australia at the weekend.

The enormous creature is distinct for both its size and peculiar shape featuring a flattened body and fins.

The fish can weigh up to 2.5 tons (2,200 kilogrammes), according to National Geographic.

A photo circulating on social media showed two people on a beach standing over the giant specimen, which had died.

"The amount of news and media from all over the world wanting to report it has been on another level," Linette Grzelak, who posted the image to Facebook, told AFP. 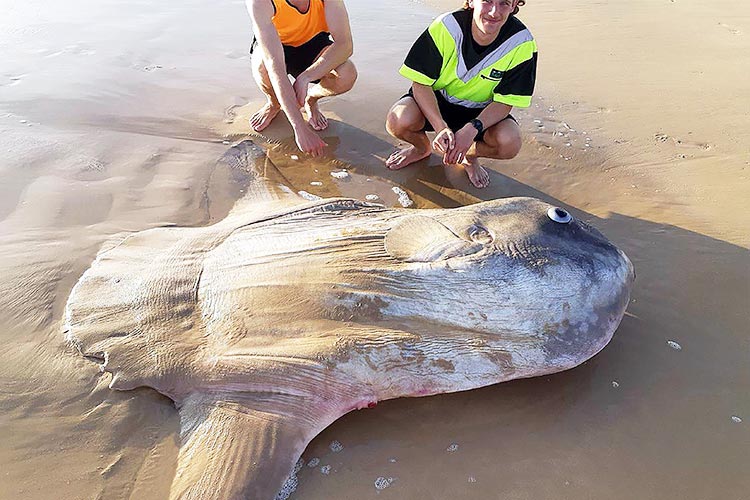 Sunfish that was washed ashore and found dead in Coorong.

South Australian Museum fish collection manager Ralph Foster said the fish was actually at the smaller end of the scale for the species.

It earned its name for basking in the sun near the ocean's surface, but is also known to dive several hundred metres (feet) into the depths, he said.

"I've actually had a good look at it, we get three species here and this is actually the rarest one in South Australian waters.

"They can get a lot bigger... it's probably an average-sized one, they can get nearly twice as big as that," he added.

"We get a lot of them hit by boats and some of them are so large they actually sink yachts," he said.

"We know very little about them, it's only in the last few years that technology has allowed us to start learning about them.

"They are amazing things, they really are."