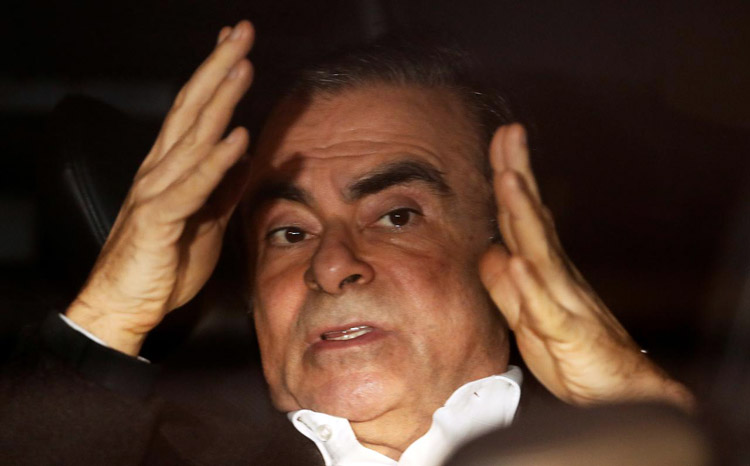 Former Nissan Motor Chairman Carlos Ghosn sits inside a car as he leaves his lawyer's office after being released on bail from Tokyo Detention House, in Tokyo, Japan. File photo/Reuters

TOKYO: The trial of former Nissan Motor Co boss Carlos Ghosn on charges of under-reporting his salary is expected to start in Tokyo in September, Japan's public broadcaster NHK said on Wednesday.

Ghosn's first court appearance may be on May 23 as part of the preparations for the trial, NHK said, citing sources familiar with discussions between the prosecution and the defence.

Ghosn was released on $9 million bail this month after spending more than 100 days in a Tokyo detention centre. He faces charges of under-reporting his salary at Nissan by about $82 million over nearly a decade.

Ghosn has said the charges are “meritless.”

He was stripped of the role of Nissan chairman but remains a board member.