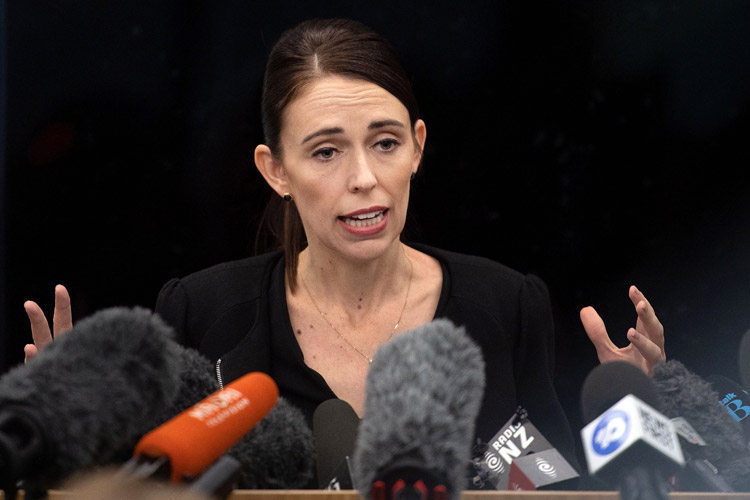 CHRISTCHURCH: New Zealand Prime Minister Jacinda Ardern on Wednesday called for a global response to the dangers of social media as the Muslim community began burying their dead five days after the twin-mosques massacre.

A white supremacist gunman streamed his 17 minutes of carnage in which he is accused of killing 50 Muslim worshippers during their Friday prayers.

Facebook said the livestream from Christchurch was viewed fewer than 200 times but it had to remove a staggering 1.5 million videos as footage of the slaughter went viral.

Ardern said while her focus was on the people of New Zealand, there were issues world leaders needed “to confront collectively.”

“We cannot, for instance, just simply deal with some of the issues we face with our social media to be dealt with on a case-by-case basis,” she said.

“There is an argument there to be made for us to take a united front on a global issue.

“This is not just an issue for New Zealand, the fact that social media platforms have been used to spread violence (and) material that incites violence. All of us need to present a united front.”

In the United States, a congressional panel said it was asking top executives from US tech firms to explain the proliferation online of the “horrific” video.

The House Committee on Homeland Security called it “critically important” to filter such violent images.

Social media companies have long argued that they are not responsible for what is put on their platforms but Ardern has countered that they cannot simply be “all profit, no responsibility.”

A 44-year-old businessman was remanded in custody after a preliminary court appearance in Christchurch Wednesday on charges of distributing footage of one of the mosque shootings.

If found guilty, he faces up to 14 years in jail.

Ardern also announced New Zealand would hold two minutes of silence as a mark of respect for the dead on Friday and women in the country were being encouraged to wear headscarves to show their support for the Muslim community.