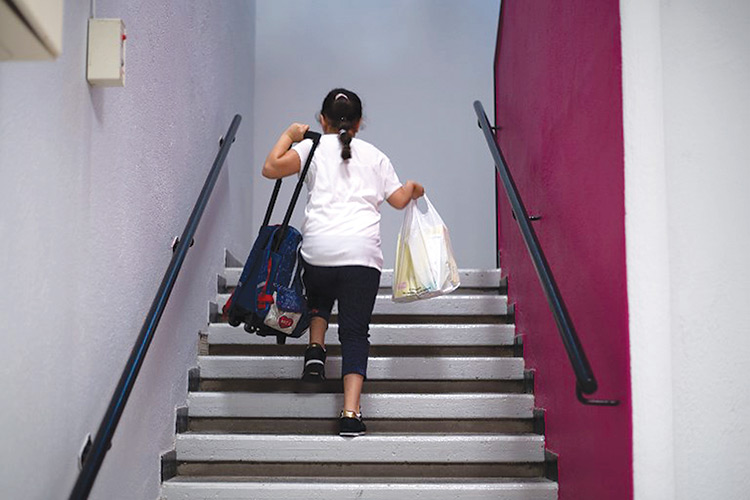 The defendant breached the modesty of the schoolgirl. File/Agence France-Presse

DUBAI: A man who mishandled a schoolgirl after claiming he was taking her to a police station for strolling with a boy at night has been immured.

The Arab defendant –a company agent, 31- breached the modesty of the 16-year-old Syrian schoolgirl inside a grassy yard in the middle of a sandy area in Rashidiyah during late night hours on Aug.21.2018 –an Eid Day.

He posed as a detective and demanded her to show her ID. She did not have it. He took her away. His lawyer on Feb.25 vainly argued, “She framed him after stopping her from walking with the boy. He feared for her safety.”

The Dubai Criminal Court has convicted him of conducting a bogus police operation with the aim of fulfilling a sexual offence, and molesting the girl. It has sentenced him to one year behind bars to be followed by deportation.

On the record, the girl and her compatriot male friend, 16, went for a night out in Festival City at around 11:45pm. They strolled for some time. She was waiting for a taxi to take her home when the defendant showed up.

He intercepted her, flashed a card, claimed he was a security officer and demanded her ID. She did not have it. He claimed that police alerted him there was a girl and a boy suspiciously strolling together in the area.

He told her it was forbidden and he had to take her to a police office in the city. The friend wanted to escort her but the defendant told him to stay behind because the office was far away and not within the city itself.

He took her out of the city as he talked over his mobile pretending to be talking to a senior officer. He walked her for around 20 minutes then told her that the officer on-duty at the office was a wayward policeman.

He told her to wait with him until another officer’s shift started. He offered to help her and promised to contact his senior to free her. He claimed the place was dirty she should lay down one of her clothes and sit on it.

All of a sudden, he seized and molested her. She sustained bruises and contusions while resisting his advances. Thereafter, he vowed to harm her if she complained.

Her friend said the defendant demanded to know why he was with her. He showed a card saying he was a CID cop and it was illegal for them to be together at night without any relationship. He photographed his ID and took the girl.