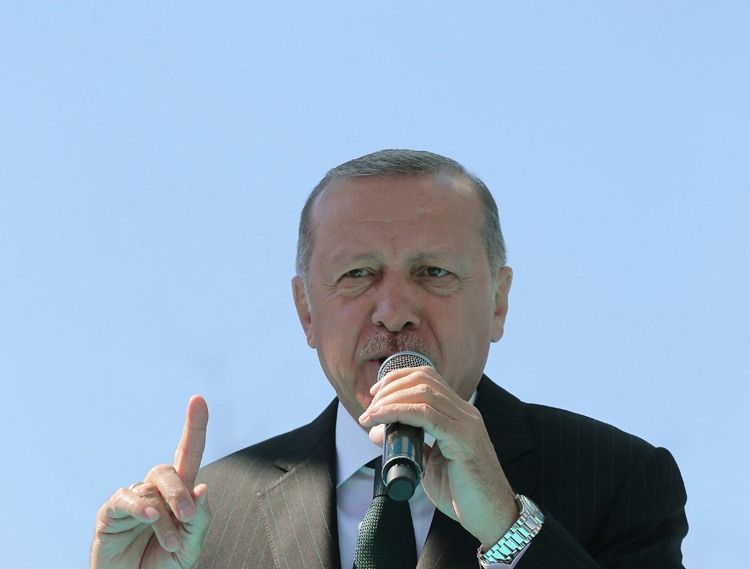 SYDNEY: Australia’s prime minister said he would summon Turkey’s ambassador in Canberra on Wednesday to explain “very offensive” comments made by President Recep Tayyip Erdogan in the wake of the Christchurch massacre.

Erdogan, while campaigning for local elections, presented the attack as part of an assault on Turkey and Islam and warned anti-Muslim Australians would suffer the same fate as soldiers at Gallipoli, a blood-drenched WWI battle.

“I find it a very offensive comment, of course I do, and I will be calling in the Turkish ambassador today to meet with me to discuss these issues,” Scott Morrison told national broadcaster ABC.

Erdogan had already been sharply rebuked by New Zealand for his comments and for using gruesome video shot by the Christchurch mosque gunman as an election campaign prop.

Deputy Prime Minister Winston Peters protested on Monday that such politicisation of the massacre “imperils the future and safety of the New Zealand people and our people abroad, and it’s totally unfair.”

Peters announced on Tuesday that he would be travelling to Turkey this week at Istanbul’s request to attend a special meeting of the Organisation of Islamic Cooperation.

Three Turkish nationals were wounded in the rampage that killed 50 worshippers at two mosques in the southern New Zealand city of Christchurch on Friday.

The accused gunman, a self-avowed white supremacist from Australia, livestreamed much of the attack and spread a manifesto on social media claiming it was a strike against Muslim “invaders.”

The manifesto references Turkey and the minarets of Istanbul’s famed Hagia Sophia, now a museum, that was once a church before becoming a mosque during the Ottoman empire.

“This is not an isolated event, it is something more organised,” he said during a campaign event on Monday in Canakkale in western Turkey.

Erdogan did not project the video at the Monday event.